JACK OSBOURNE SAYS “THE OSBOURNES” COULD RETURN TO TV 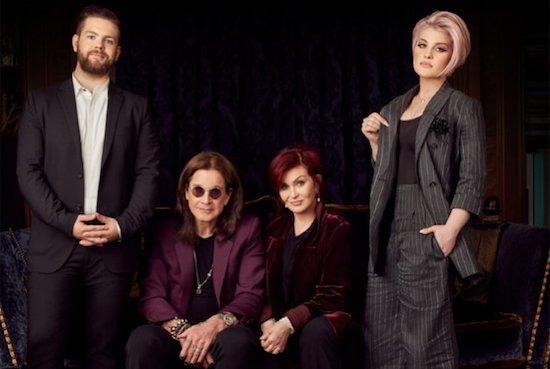 Marc Malkin of Variety spoke with Jack Osbourne, son of the legendary Ozzy Osbourne. Excerpts from the interview appear below.

Jack Osbourne was supposed to go to SXSW last month for the premiere of The Nine Lives of Ozzy Osbourne, a documentary about his dad that he produced, before the festival was canceled because of the coronavirus pandemic…

The film, which will debut on A&E this summer, details the Black Sabbath rocker’s long battle with addiction, run-ins with the law and marital problems with wife Sharon. They were in the midst of filming when Ozzy was diagnosed with Parkinson’s disease — something Jack had to convince his parents to include in the [film] because they hadn’t yet gone public with the news…

Variety: You were very emotional while talking about your dad’s diagnosis during one of your interviews in Nine Lives.

Jack Osbourne: When we did that interview, we didn’t know if my dad was ever going to be able to perform again. With that comes a lot of fear because it’s like a racehorse when they can’t race anymore: They give up. That’s the fear I had. Now, since doing that interview, my dad went and did another album. It was one of his most successful albums to date. He’s going back in the studio when this coronavirus bulls— dies down. But there was a time of huge uncertainty, which really kind of shook the foundation of the whole family.

Variety: Have you thought about a reboot of The Osbournes?

Jack Osbourne: I would be lying to say the conversations haven’t been coming up recently. I think nostalgia is such a huge, hot-button word right now. You look at all these shows coming back from 20 years ago. The only thing, and what I struggle with, is we don’t all live together. One thought I’ve had is, why don’t we all just move in together for two months? It’s 20 years later; we’re all moving back into the house together.

Variety: So when is this move going to happen?

Jack Osbourne: I guess when someone pays me a hell of a lot … because the amount of therapy I’m going to have to buy into after that is going to be monstrous.