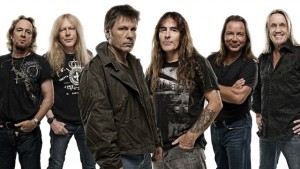 Iron Maiden have announced some US tour dates to their 2016 The Book Of Souls world tour.

The dates follow previously-announced events in New Zealand and Australia, as the band add to their list of commitments in support of their 16th album, which was released last month.

Maiden will tour aboard the biggest-ever version of their Ed Force One plane – a converted Boeing 747-400 jumbo jet, which frontman Bruce Dickinson is currently learning to fly.

The singer says says, “When we play in Fort Lauderdale, it will be 19 months since our last show at Sonisphere in the UK – so we will be raring to go.

Further dates, including shows in Canada, are to be announced soon. US tickets go on sale on October 8th.

‹ SINGER DON DOKKEN SAYS THAT DUE TO BASSIST JEFF PILSON’S COMMITMENTS TO FOREIGNER, A DOKKEN REUNION IS OFF THE TABLE

RATT DRUMMER BOBBY BLOTZER ON USING THE RATT NAME TO TOUR: “I WANNA TAKE IT OUT, AND I HAVE THE RIGHT, BY LAW, TO DO IT” ›