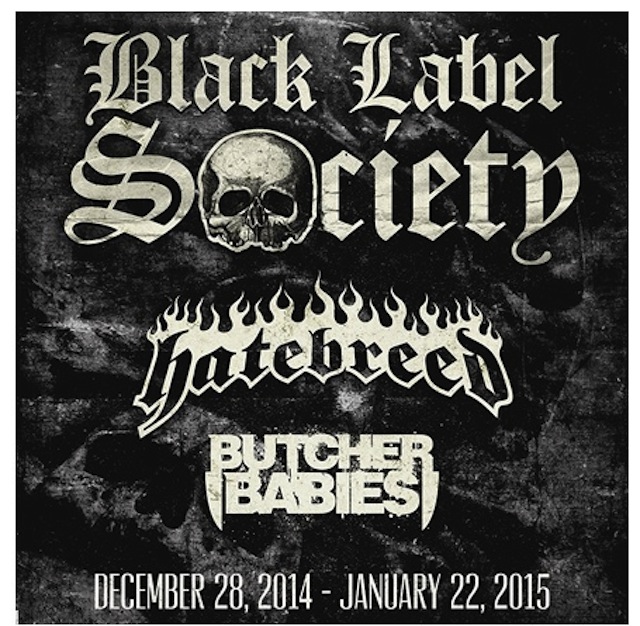 Hatebreed announces Winter tour with headliner Black Label Society and other supporting act Butcher Babies. The tour kicks off December 28th in Spokane, WA and tickets will go on sale Friday, September 19. Prior to this tour, Hatebreed will be heading out to South America, Europe and the UK with Napalm Death and Volbeat (tour dates below).
Hatebreed lead vocalist Jamey Jasta comments, “Playing with Zakk is always a good time and we hardly ever get to play some of these cities so we’re excited to hit the road with our Ozzfest alums!”

Hatebreed’s last album, The Divinity of Purpose, (Razor & Tie), was released in January 2013 to rave reviews the world over. The album debuted at #20 on the Billboard Top 200 in its first week marking the band’s highest career album chart entry to date.

Hatebreed on the web: