Small but fine record label “UDR- Home of Legends” lives up to one’s name again with another new and hot signing and upcoming release of Alice Cooper, a true icon, a great performer – simply a legend.

With Raise The Dead – Live From Wacken the label is also starting a new live series of legendary Wacken performances. When Alice learned about the purpose behind it, he was very happy to be one the first to participate and support the Wacken Foundation.
The Wacken Foundation is a non-profit organization, supporting the new blood of hard rock/heavy and metal music. For every sold DVD/CD 1 Euro will be contributed to the Wacken Foundation.

Alice Cooper – not much has to be said about this incredible artist whose career spans five decades by now. He has been named one of the world’s most beloved entertainers. He is credited with helping to shape the sound and look of heavy metal and has been described as the artist who first introduced horror imagery to Rock N’ Roll, and whose stagecraft and showmanship have permanently transformed the genre. The ‘Godfather of Shock Rock’ has inspired many other artists due to his theatrical stage performances; for example: KISS, Marilyn Manson and even Ozzy Osbourne – just to name a few.

Raise The Dead will be available as DVD + CD Digipack. The DVD contains 22 songs from the Wacken concert and bonus material shows an interview with the man himself. The double CD has the complete concert. BluRay Amaray (Full HD). FSK 12, running time 75 min plus another 20 min of interview. 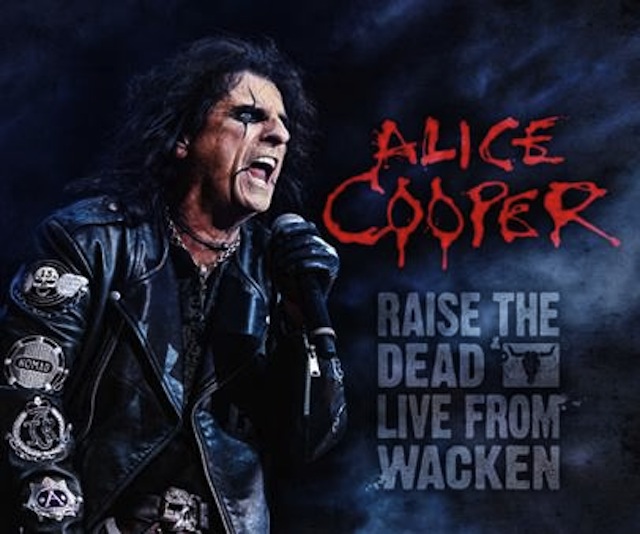