LITA FORD RESPONDS TO THE NAYSAYERS WHO DENY THE TONY IOMMI ABUSE STORY THAT APPEARS IN HER MEMOIR, “LIVING LIKE A RUNAWAY” 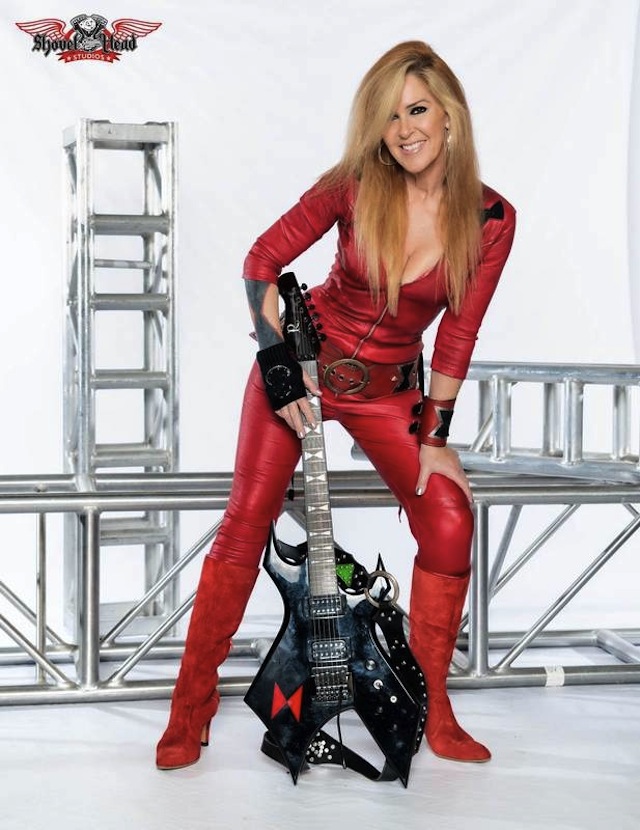 Writer Joel Gausten has written a feature piece on guitarist Lita Ford and her memoir, Living Like A Runaway[Dana’s note: Lita is referring to nasty online comments] , because it is crap and they don’t know the true story unless they’ve read the book or have been there themselves. You can ask Nikki… I went to his house. I had been beaten up severely; the guy almost killed me. A lot of it maybe could have been his drug problem. He was taking mass quantities of drugs like you wouldn’t f–king believe, on an Elvis Presley level. Jars and jars of downers…He would buy hundreds of dollars’ worth of cocaine on a daily basis.

There are different kinds of abuse, and people need to realize that. There’s sexual abuse, there’s mental and emotional abuse – where people say really horrible things to you – and then there’s physical abuse, where someone just turns around and hits you. Tony was physically abusive. He was not verbally abusive [or] sexually abusive; he was just physically abusive. I’m not making it up; I couldn’t possibly make up a story like that. I’m not that good of a liar… He had choked me unconscious – true story, like it or not. I woke up, and he was in a rage. I bolted for the door. He was not dressed; he was in his underwear, so he wasn’t going to follow me out into the hallway. I’m sure that I’m not the first woman that he’s done this to. Maybe his wife who he was with before he was with me… I’m sure she’s been pushed around. But I was in love with Tony. He was my everything; he was my world, my idol, my lover. I was going to marry him; I was engaged. I didn’t know anything about an abusive relationship. I had never been in one before. I asked my mother; I actually lied to my mother and I said, ‘Mom, I’ve got a girlfriend whose boyfriend hit her.’ And she said [mimicking a thick Italian accent], ‘Lita, he do it once, he do it again.’ I just went, ‘Oh my God.’ He had done it more than once, and I knew that it was only a matter of time; I needed to get out of there. Thank God, we weren’t married and we had no kids, so I packed up and left. I’m sorry for the people who love Tony, but nobody loved him as much as I did, and I’m the one who suffered from it. I went into like a post-traumatic stress [scenario] because of what he did. It affected me in a huge, huge way. I went out and got that tattoo on my shoulder with the dragon and the guitar. It was a rebellious thing; I didn’t even want a tattoo. He wouldn’t let me drink alcohol, but he can do all these drugs. That was okay, but he wouldn’t let me have a glass of wine. When we split up, I went on a drinking binge, just because Tony said I couldn’t. If you read his book [2011’s Iron Man: My Journey Through Heaven & Hell With Black Sabbath], his chapter about me is only a page and a half. We were together two years, so I don’t know how two years turns into a page and a half – probably because he doesn’t remember half of it.”

Lita also has a new album coming out on April 15th called, Time Capsule. The CD features a special collection of previously unreleased songs written in the ’80s and demoed in the late ’80s/very early’90s featuring guest musicians such as: Robin Zander and Rick Nielsen of Cheap Trick, Gene Simmons of KISS, Billy Sheehan (Mr. Big/The Winery Dogs), Dave Navarro (Jane’s Addiction) and Jeff Scott Soto, among others. The songs were drawn from a number of 24-track analog tapes found in a closest while Ford was clearing out her home following her divorce from former Nitro singer Jim Gillette.

To read more about this release and what Ford had to say, go to joelgausten.com. 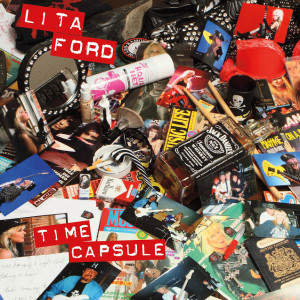