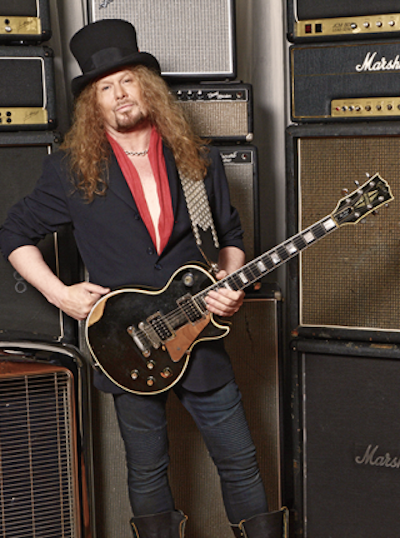 Sykes, who completed the material for the disc three years ago says, “…My manager died [and] with him I lost someone I could really trust. So I put the disc on ice.”

Sykes added that his first album since 2000’s Nuclear Cowboy will live up to his fans’ expectations. “People who like what I did on the 1987 [self-titled album] from Whitwsnake and the two studio records from Blue Murder” will be pleased by the new material, he said.

The new album will be released in a digipak format with a full-color six-panel artwork courtesy of David Dees.

Two years ago, Sykes released some audio samples that will appear on his solo album, you can listen to them here.

The CD reportedly features guest appearances by the following musicians:

‹ DON DOKKEN ON THE POSSIBILITY OF MORE REUNION GIGS WITH THE CLASSIC LINE UP, “I’M NOT PLANNING MORE SHOWS WITH JEFF AND GEORGE”