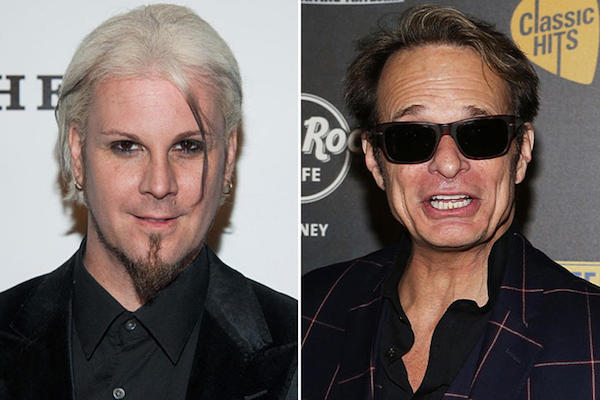 Guitarist John 5 was a recent guest on Masters of Shred, where he shared a clip from an unreleased album that he worked on with David Lee Roth.

The material, had it been released, would be the first of Roth’s solo records to feature John 5 since 1998’s DLR Band, which is credited for John 5’s breakout. In a new interview, the guitarist shared a song clip from what he dubbed The California Sessions.

These sessions took place in 2014 and John 5 recalled the writing process stating, “Dave would call me. He’d be like, ‘Come on over! Let’s write some songs, get some burritos.’ I’d always hang out with Dave for years and years and years. So I’d just go over and we’d talk about everything and play music and write songs all the time.”

“So there was this time where we would write songs early in the morning and he would rent out the studio at night. We’d write write write and then we’d go into the studio. We did that for a long time,” he continued.

Unfortunately, John 5 did not play to a click track, as they wanted a natural feel, but they had to be redone in order for [drummer Gregg] Bisonnette to lay down his parts. “John I never asked you for anything but I’m asking you right now. You have to re-record this record,” Roth told him. With the tour starting the next morning, he unpacked his gear and re-did the entire record before taking off.

After telling the story, John 5 took his phone out of his pocket and played a 40-second clip of unreleased music from the sessions, which can be heard at the 22:49 mark. It’s an acoustic passage and John 5 admits it sounds a bit like Damn Good off Roth’s Skyscraper album.