GUITARIST JOHN 5 SAYS OF EDDIE VAN HALEN’S DEATH, “WE HAVE LOST…SUCH AN IMPORTANT FIGURE IN MUSIC” 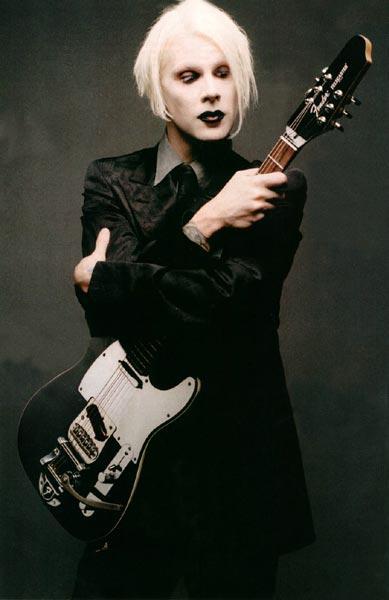 Guitarist John 5 was a guest on Eddie’s Sirius/XM show, Trunk Nation, on October 7th, where he discussed the passing of legendary guitarist Eddie Van Halen on October 6th from cancer.

Five told Eddie (via Blabbermouth.net), “We all knew that Eddie was not well, but he’s like our Superman,” John 5 said. “[We all thought] ‘Eddie’s gonna be fine. We saw him at the Tool concert. He’s gonna beat this. Everything’s gonna be fine. He’s our Superman.’ And when that news hit, I was talking to Fred Coury [Cinderella], and I said, ‘I’ve gotta go.’ I just hung up and I had to pull over on the freeway. I just couldn’t believe it. I was just shocked. It’s just the worst news — the worst. Because we listened to him every day; we saw his picture every day; he’s been a part of our lives since the late ’70s, and now he’s gone. But he changed the world forever, that’s for sure.”

Five, who got his first big break playing on David Lee Roth’s solo album, DLR Band, said he learned the news about Eddie’s illness from the singer, “I talked to Roth a while ago, and he was, like, ‘Yeah, Eddie’s not doing well. And I remember I’m sitting there at his place, and I started to well up, I was starting to tear up. I was, like, ‘Okay, get ahold of yourself.’ Because that’s you hearing it from someone that’s close to Ed. I was, like, ‘All right. Keep it together.’ Because I was shocked. I was, like, ‘Oh my God. This can’t be.’ “

I think I met him the first time in ’93 through Robert Knight, the photographer. It was kind of nice contact — ‘Hello, how are you?’ — at events and stuff. But then it got a little closer when I started playing with Dave and Manson and everything. But yeah, he gave me a guitar; I gave him one of mine. We were pretty close — not super, super close like I am with Dave or Mike [Anthony] or something like that. But he knew — I would just always tell him how much he meant to me and how much he meant to a zillion other guitar players.”

Elaborating on what made Eddie’s guitar playing so special, John said, “The thing about Ed is — which people that don’t play guitar don’t understand this — he looked at the instrument different, just like [Apple co-founder] Steve Jobs would look at a computer different or anything else; [American inventor Thomas] Edison would look at something different. And that’s what was so special, and that’s why we have lost such a giant, such an important figure in music.

“I would go down to the Van Halen rehearsal and I would pick up his guitar and play through his rig, and I would sound nothing like Eddie Van Halen even if I played a Van Halen song,” he explained. “And that’s the difference, because it’s what’s inside you. It’s those hands; it’s that feel. It’s like trying to describe the color blue. It’s a feeling, and it’s something you have. And I don’t know if we’ll ever have that again — ever.”