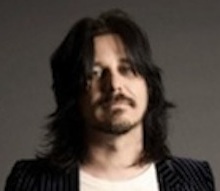 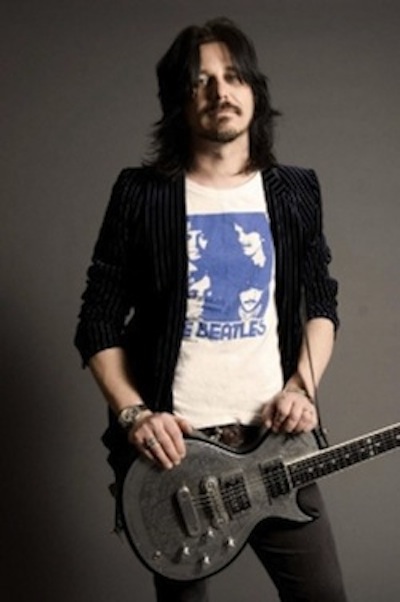 Songfacts: What are you currently up to musically?

Gilby Clarke: Well, musically, I’m touring a lot right now. I have two projects I’m currently doing. One is, I have a solo band that’s just my name, I go out and do live dates. It’s songs from solo records I’ve done, a little bit of Guns N’ Roses, Slash’s Snakepit… any kind of music I’ve always liked to play.

And then I have another band called Kings of Chaos, and that’s with myself, Matt Sorum and Duff [McKagan] from G n’ R, with Steve Stevens, Joe Elliott, Glenn Hughes, Ed Roland – it’s like an all-star cast of musicians. We go out and do shows and basically play the greatest hits. Whoever’s in the band, we play songs from their catalog. So that’s basically what has been keeping me busy over the last year.

Songfacts: I was looking at some of the albums that you’ve played on throughout the years, and I noticed that you collaborated on Slash’s first solo album [the 1995 Slash’s Snakepit release It’s Five O’Clock Somewhere], on a song called Dime Store Rock.

Songfacts: And you also wrote I think several other tracks on that album.

Gilby: Yeah. On that record, that period was when we were writing songs for what we were hoping was going to be the new Guns N’ Roses record. It just didn’t turn out that way, so it became the Slash’s Snakepit record. I was getting riffs ready for another Guns N’ Roses record; just compiling riffs. I played Slash the main riff of Dime Store Rock and he liked it, so we collaborated – that was Matt and Eric Dover on that track. So it was just a matter of hearing a cool riff that we got together and saying, “Hey, this is what I’m going to play, what do you want to add to it?” And that’s how that kind of progressed into the song that it came to be.

And Eric Dover, too, was a fantastic person to collaborate with, because Eric always thinks outside of the box. That’s what I love about songwriting: people bringing something to the table that you can’t think of. They’re sitting on the outside looking in and going, “Oh, that needs to make a left turn here, and key change.” And even with that song, there’s a pre-chorus where it actually just stays on one note. Slash fought me on that. He’s going, “No, we’ve got to change that.” I go, “No, no, no. Just stay on the one note, just stay, just stay, just stay.” And that actually worked, I thought.

Gilby: My favorite songwriters are some of the classics. I’m a big John Lennon fan. I mean, to me that’s the ultimate goal. John Lennon could take the simplest thought and make it mean so much. He could take some thought that you had a million times and you don’t think twice about, and just make you cry when you hear it. So John Lennon is a big influence for me.

Jagger/Richards. Every record there are always two or three songs that I just think are fantastic. So I’m definitely in that kind of classic rock fold with songwriting.

Songfacts: Fans who were clamoring for a Guns N’ Roses album in the mid to-late ’90s, they could listen to Pawnshop Guitars and also the first Slash album, and get that experience.

Gilby: You’re right. I mean, as far as my perception and Slash’s perception. [Laughing] Those two records were as close to the direction we were going. But, Greg, I also always said, “Look, there are things out there where people have said, you know, Axl didn’t like my songwriting ability.” But I could always say, “Look, dude, this is just my version of the song.” You put Slash and Axl and Duff and all those people into those songs and they can go to a whole ‘nother level. That’s just my contribution.

Songfacts: What are some memories of the recording of The Spaghetti Incident? album?

Gilby: The Spaghetti Incident?, some of it was recorded while we were on the road, so they booked a studio and sometimes we’d go into the studio not even knowing what song we were recording until we were on our way. When we recorded Since I Don’t Have You, I didn’t know we were recording that song until I got to the studio. We jammed that song a couple of times at soundchecks, and I was like, “Well, if we’re going to do it slow like that, my contribution is acoustic guitar.” I’m all the acoustics on it, because I liked what Slash was doing and I didn’t want to get in his way putting an electric guitar just for the sake of putting a rhythm guitar on it. I wanted to complement it. That’s why a song like that I played acoustic: because I didn’t want to mess around with that melody.

A lot of the stuff also was recorded when they were doing the Illusion records, which I had no part of. They recorded some of them before I got there.

A lot of people think I erased Izzy’s parts. That’s actually not true. Izzy didn’t play on a lot of them, so I got to just put my parts on songs that were recorded. So it was a little bit of both. It was a little bit working with Mike Clink [The Spaghetti Incident? co-producer], just myself and him, and then some of it was the whole band in there recording together.

Which, by the way, was very easy. At that point we had been playing live for a long time and we were definitely clicking. One of the things about a band is knowing your part, knowing what you do. Everybody had their gig in that band: Slash was lead, I played rhythm, Duff and Matt knew what to do. We knew how it would work with each other, so it actually was fairly easy to record with those guys. There were never click tracks – Matt was always on time. It was a lot easier than one would think.

Songfacts: And with those covers, did you have a hand in picking out any of those songs or were they selected prior to you coming aboard?

Gilby: Well, yeah. I actually did. I suggested a T. Rex song. When we were first doing it, it was supposed to be like a punk rock covers record. That was what I was told. But then it just kind of became a covers record, and I did suggest T. Rex. Back then I was wearing a T. Rex T-shirt, like, every single day. Matt used to joke, “Okay, we got it, we got it. You’ve worn the shirt every day.”

I didn’t pick the song that we did, I just suggested doing a T. Rex song. I wanted to do 20th Century Boy or Children of the Revolution or something. I don’t know who came up with the song that we did [Buick Mackane]. And I did make the comment about the Nazareth tune [Hair of the Dog], because I always thought Axl sounded like the singer of Nazareth. Not even knowing that the band actually played that song way before I got in the band. It was a unanimous choice to do the Nazareth tune.

Gilby: I might say yes and no on that. I wasn’t that involved with the Sympathy for the Devil recording – they did that while I was on the road touring for my solo record.

I knew that that was the ending because nobody told me about it. Officially I was in the band at that time, and they did that song without me. That was one of the last straws for me, because nobody had said anything to me and they recorded a song by one of my favorite bands. It was pretty clear I’m a big Stones fan, and they recorded the song without me. So I knew that was it.

Songfacts: Okay. And lastly, what are your thoughts on the Chinese Democracy album?

What I missed about that being called a Guns N’ Roses record is the identity. You hear Slash play guitar, it doesn’t matter if he was playing a Stratocaster and a Vox, you can tell that’s Slash. And that’s what I miss on this record is that consistent identity with Axl, that guitar, that one guitar that really complements him. There’s some great guitar playing on the record, it’s just a little hard to concentrate on it. It’s almost like a pinball machine: there’s just so much going on. You can’t say it’s bad, because it’s all very good, it’s just there’s a lot going on on that record, and it’s kind of hard to concentrate.

RICHIE KOTZEN ON THE WINERY DOGS’ FIRST ALBUM: “NO ONE’S IDENTITY HAS BEEN LOST IN THIS RECORD” ›