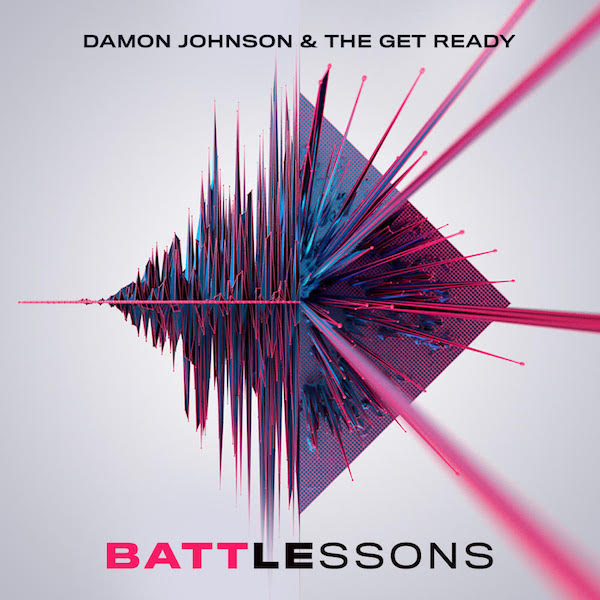 Internationally acclaimed guitarslinger, vocalist, songwriter, Damon Johnson will debut his new band, The Get Ready, with the release of Battle Lessons, out tomorrow – February 19th via Double Dragon Records. The collection available for pre order, here, was made possible with the assistance of  an Indiegogo pre-order helping to support the recording of Johnson and his new trio, The Get Ready (Jarred Pope on drums and Robbie Harrington on bass joining Johnson). Battle Lessons was recorded in Damon’s adopted hometown of Nashville, The title track and debut single from the project was a smash on the Classic Rock Chart for several weeks climbing to lucky  #13 on that chart.

Listen to the first single Battle Lessons below [Dana’s note: If the video does not play the first time, refresh your browser] or stream here.

Rock fans know Johnson’s name from his years of scorching stages worldwide as lead guitarist in the Alice Cooper band, and later with Thin Lizzy and the Lizzy-offshoot Black Star Riders in addition to fronting the potent ‘90s Southern rock band Brother Cane. Johnson’s songs have been recorded and sung by stars like Stevie Nicks and Steven Tyler.

With Battle Lessons, Johnson returns to his original hard-rock sound, feeding that fire he first discovered as a teenager playing Van Halen and AC/DC covers while in garage bands.  Featuring nine newly written songs, the tracks are just as much about clever lyrics and sticky melodies as eyelash-searing guitars. “These are as good of songs as I’ve been a part of creating, ever in my whole career,” Johnson says.  And that’s saying something – as singer/guitarist, and frontman of Brother Cane, the Birmingham, Alabama rock band who notched a string of ’90s rock hits, including That Don’t Satisfy Me,  Got No Shame, I Lie In The Bed I Make and chart-topper And Fools Shine On.

3.     Talk Yourself Into Anything

It all started for Johnson when he became an instant fan of Thin Lizzy after attending a concert back in 1979 in his home state of Alabama. At 15 years old, he had gone to the concert to see Ted Nugent, he didn’t even know who the opener was. Immediately after the show, Johnson bought the entire catalog and learned every song he could. Fast forward to 2011, while on tour as Alice Cooper’s guitarist, Johnson received a call from Thin Lizzy founding guitarist Scott Gorham, inviting him to replace their temporary guitarist on their current tour. A dream job, and with Cooper’s blessing, Johnson leapt at the chance.

In 2019 Johnson released Memoirs of an Uprising, a solo project that is both fierce and diverse. The first single, Shivering Shivering became an instant Top 10 Rock track. Immediately following that albums release Johnson spent the remainder of the 2019 on a series of dates crossing North America  including several shows with The Winery Dogs (a supergroup of rockers featuring Richie Kotzen, Mike Portnoy and Billy Sheehan), a run of shows supporting Clutch, and the U.S. leg of the UFO tour.