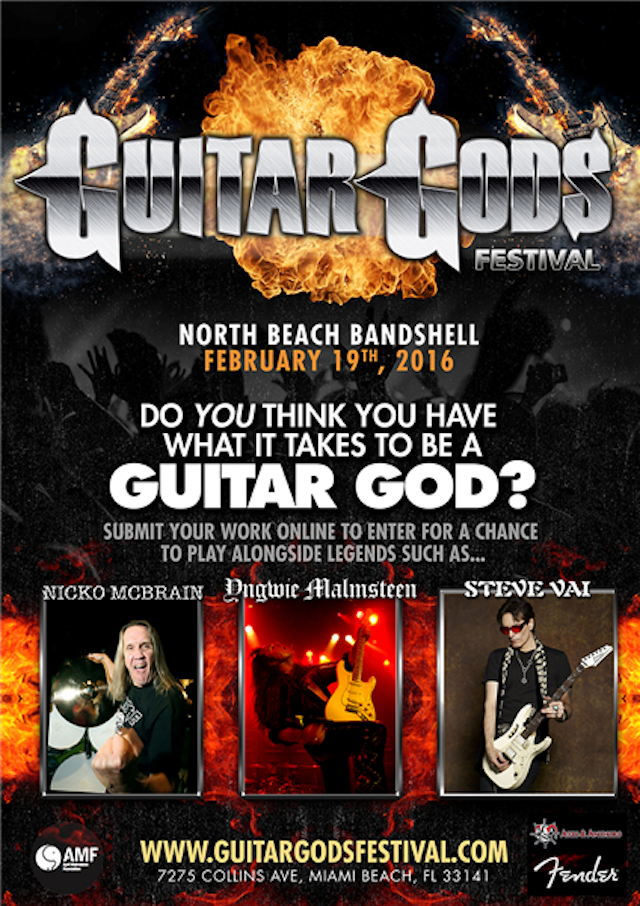 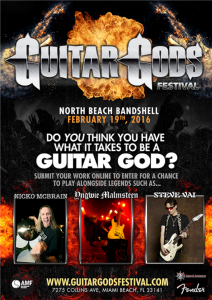 Malmsteen Management is proud to announce the next Guitar Gods Festival, which is to take place in Miami on February 19th, 2016.

The contest is open to all acoustic and electric guitar players of any age, whether they be soloists, duos, or full bands – anything goes as long as there’s a guitarist. The submissions will be voted on by fans and an all-star panel of judges, with eight performers being selected to perform at the event on February 19th!

If you think you’ve got what it takes to be the next Guitar God, please visit GuitarGodsFestival.com to enter.