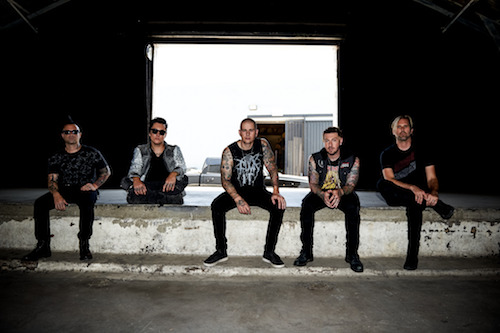 Grammy nominees Avenged Sevenfold have announced the End of the World Tour, a North American headlining run produced by Live Nation that begins July 22nd at the Xfinity Center in Mansfield, MA, and features Prophets of Rage plus Three Days Grace. See itinerary below and additional info at avengedsevenfold.com.

This portion of the tour sees Avenged Sevenfold once again partnering with CID Entertainment to offer concertgoers a unique VIP experience. Those special packages, Hail To The King, A7X Experiences and Higher Seamless Experiences,” were a huge hit with fans, selling out in practically every city on the tour. This run takes the packages to another level with backstage tours, photos on the stage, exciting new interactive experiences and added memorabilia to The Paradigm Lounge. For full package details, please visit cidentertainment.com/events/avenged-sevenfold-2018.

This tour will be the band’s first with Prophets of Rage, who are touring in support of their internationally acclaimed, self-titled debut LP. Prophets of Rage features Tom Morello, Tim Commerford and Brad Wilk of Rage Against The Machine, Chuck D and DJ Lord of Public Enemy and B-Real of Cypress Hill.

“We’re proud to tour with Prophets of Rage and Three Days Grace this summer across America,” says Avenged Sevenfold vocalist M. Shadows. “We see this tour as an opportunity to create an event with special bands and different generations of rock fans. From the moment you arrive at the venue until the last note is played, we’re hoping to give you the time of your life.”

“Awful pop dominating the airwaves? Political chaos across the land? Wanna fight back? Well The End Of The World Tour is here,” says Prophets of Rage’s Tom Morello. “Prophets of Rage & Avenged Sevenfold have always played absolutely uncompromising music. If you want your summer loud, raw and fearless we’ll see you in the pit.”

After a stadium tour with Metallica, Avenged Sevenfold recently wrapped the first part of their own sold-out North American headlining run in support of critically acclaimed album, The Stage (Capitol). Now available as a deluxe edition, the album features 22 tracks, 7 of which are additional studio songs + 4 are live tracks recorded during the band’s recent shows at The O2 Arena in London. The CD and vinyl versions feature a special lenticular cover. Among the 7 bonus tracks is the band’s stunning cover of the Pink Floyd classic, Wish You Were Here – the companion video can be seen here HERE.

The quintet (vocalist M. Shadows, guitarists Synyster Gates and Zacky Vengeance, bassist Johnny Christ and drummer Brooks Wackerman) kicked off 2018 with their first-ever Grammy nomination, as the title track for ‘The Stage’ earned the nod for “Best Rock Song.” 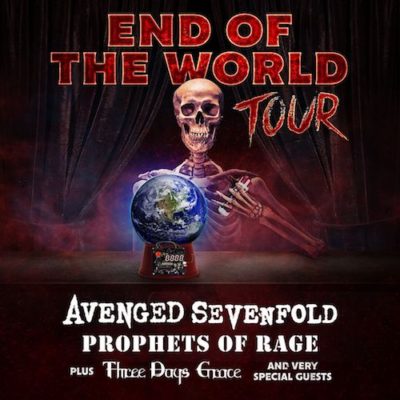