FORMER WIFE OF KISS DRUMMER, PETER CRISS, SAYS HIS BOOK IS “NOT ACCURATE” 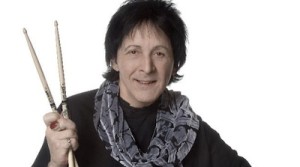 Songfacts: Was Beth about you or the wife of Peter’s bandmate from a pre-KISS band?

Lydia Criss: Originally, the song wasn’t a sweet song like it is now – it was a mean song. It was written about Peter’s guitar player’s wife [when Peter was in a band called Chelsea]. His name was Michael Brand, and her name was Rebecca – and everyone called her “Beck.” You know, Becky. So when the song was written, it was written like, “Beck I hear you calling, but I ain’t coming home right now. Me and the boys are playing.” It’s like, “It’s too bad for you” – that type of song.

I’ll never forget, Peter was so excited when he first wrote the song. We were waiting for him – we were having dinner in a restaurant – and he showed up late. He said, “I couldn’t leave. We were finishing the song, and it came out so great!” He used to tape everything on a little cassette deck that he used to carry with him, so he played us the song in the restaurant. It was on an acoustic guitar and it wasn’t that nice of a song. So it’s like, “Fine. Whatever. We’re hungry, let’s eat.”

He was in Chelsea in 1970 to 1971, then he was in Lips – it was written with one of the guys from Lips, which is Stan Penridge. Then he presented it to KISS, because he wanted to get a song on an album, because basically, all the songs were written by Gene and Paul. So he presented it to them, and they didn’t like it. They said, “We’re not putting a ballad on. We’re not that type of a band.” And [KISS manager] Bill Aucoin insisted that they do it.

So, Gene was a little perplexed. He says, “Well, we can’t call it ‘Beck,’ because of Jeff Beck.” Gene will never give me credit for this, because I know he takes credit for it, but it was me that named the song “Beth,” because it was funny that Becky was a twin, and [head of Casablanca Records] Neil Bogart was married to a Beth, and she was a twin. It just kind of related. It got in my head, and I remember sitting in a limo one day… I don’t think Ace was around and I’m not sure about Paul, but I know Gene and Peter were in the limo, and I was there. And I said, “How about ‘Beth’?” They didn’t say anything…

Songfacts: How would you describe the personalities of the original KISS members?

Lydia: They’re all really nice guys. I know a lot of people say certain ones are a–holes and this and that, but Gene is – as you know – intelligent. He’s very business-oriented. When I would have a conversation with Gene, that’s primarily what it would be about: finances. Paul was a type of guy that was always trying to make people laugh. We’d always talk about blouses and clothing, and the different things that are in style. And then we would also talk about diets and stuff like that. That was how I related to Paul.

But Paul was actually the closest to Peter, because they shared a room – when they had to share rooms at the beginning. And we didn’t live too far from each other. We lived on 30th Street, he lived on 52nd. So it was only about 20 blocks, which is a mile. We went on vacation together and we used to go to clubs together.

As far as Ace goes, Ace is just a happy-go-lucky guy. He was probably my favorite of the band.

Peter is a very sentimental, sweet guy, but yet, if you say something wrong, he’ll snap. I think he even says he’s schizophrenic.

Songfacts: Did you get a chance to read Peter’s book [2012’s Makeup to Breakup: My Life in and Out of KISS]?

Lydia: I did read Peter’s book. I read it – believe it or not – with a highlighter. [Laughs] So everything that was wrong, I highlighted. And let me tell you, there is a lot of highlighted parts. He’s not accurate. He’s also an exaggerator. There were some things that I was a little bit surprised to hear, but kind of felt it always in the back of my mind. I didn’t know a certain part of his life: When he was going through rehab and stuff like that, I wasn’t with him. I heard about it vaguely through my mother, who had a friend that knew someone that was in the rehab place with him. I’d hear drips and drabs of things that were happening, but didn’t really keep in touch with him.

Peter put in the beginning of the book – which kind of saves his ass – “The names have been changed to protect the innocent.” He talks about something that happened with Bill Aucoin, but yet, he says it was Sean Delany – or vice-versa. The thing is, the people he really says bad things about aren’t around anymore, so they can’t defend themselves and they can’t sue him – like Sean Delany and Bill Aucoin.

Songfacts: I really believe that your Sealed with a KISS book is one of the best books on KISS out there, and I have a feeling it is one of more accurate books, as well.

Lydia: It is the most honest and it’s the most accurate. I wrote down a lot of things. I had a little bit that was a diary when we went to Europe, but then I had a composition notebook, which there is a picture of in my book, where I kept all of the records of Peter’s shows before he was in KISS. And some of the stuff that is on the list is also KISS before Bill Aucoin. So it’s some of the Daisy and the Diplomat and the Coventry – those shows.

It’s accurate with how long they played, what they played – I actually have what their salaries were, but I didn’t put that in the book, because it was a joke. [Laughs] They were lucky if they got paid that night, after they would pay some of their little help. They had a couple of road guys: Peter’s brother, Bobby McAdams, and Eddie Sloan. If they got $35, that was a lot. I kept records of everything, because my background was bookkeeping. I never planned on doing the book, but for some reason, it helped.

Songfacts: And there is a newer revised version of the book, right?

Lydia: The thing is, by the time I was finishing my book, I was practically on the verge of a nervous breakdown. It took me a whole year, without seeing any of my relatives. I would stay up until 4:00 or 5:00 in the morning, the sun would come up, I would go to sleep, get up at 2:00, and start all over again. I got to the point where I was going to put the list of all of Peter’s shows and some extra photos, and I just said, “I’m going to leave it out. I’m not going to put it in the book.” It already had 368 pages.

I wanted to get the book out for Christmas, so you have to get it out in the summer – before the fall. So I successfully got it out – I think it was the beginning of September – and then when I finally sold out of the book, I was a little calmer by then, and I said, “Let me put what I didn’t put in the first book in the second printing.” So that’s what I did. 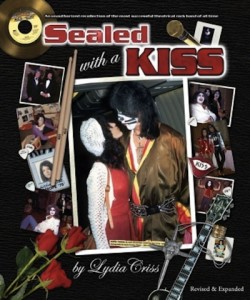