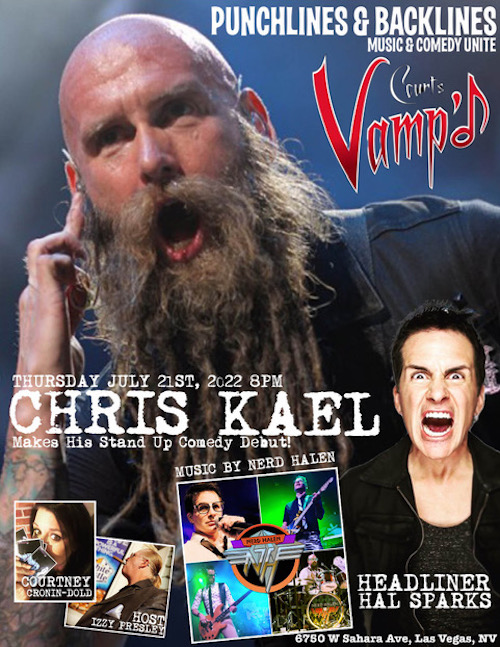 The show which is the creation of comedian & writer Courtney Cronin-Dold (Corey Taylor & Dee Snider Roasts, Wayne Brady Show, MTV) and is co-produced by Izzy Presley (Metal Edge Magazine’s Another FN Podcast / Monsters Of Rock Cruise) is a unique show which not only features well seasoned stand up comedians, but also features a musician doing stand up for the very first time.

The headlining comic for the show is Hal Sparks from the shows Queer As Folk and Talk Soup.  The feature comic is the show’s creator Courtney Cronin-Dold and your host is Izzy Presley along with a musical performance by Spark’s Van Halen Tribute Nerd Halen.