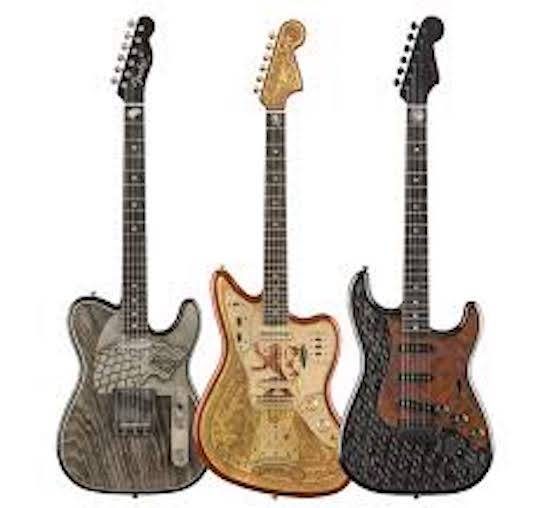 If you are a fan of both Fender guitars, and the HBO original series, Game Of Thrones, then this is a collector’s item for you.

Each guitar features a sigil of the three most famous families featured in the series: House Stark Telecaster (the Dire wolf), House Lannister Jaguar (the Lion) and House Targaryen Stratocaster (the Dragon).

The video below features all the details about each instrument, as well as a performance of the show’s theme, featuring guitarists Nuno Bettencourt, Scott Ian and Tom Morello, along with song composer Ramin Djawadi and Game Of Thrones show runner Dan “D.B.” Weiss.

There are only two episodes left in the final season of Game of Thrones, which airs on HBO on Sundays at 9PM (EST).