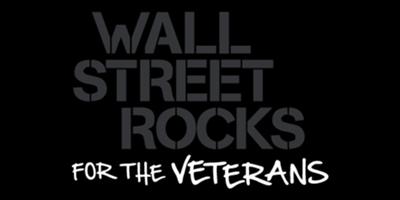 Competing Wall Street bands include Riffhanger and Big Dog Party, which won previous rounds of competition. Tickets can be purchased by visiting www.wallstreetrocks.org/a>. This year’s end of year show will benefit Wounded Warrior Project, ReserveAid and Operation Finally Home, which provides wounded and disabled veterans and the widows of the fallen with mortgage-free housing across the country.

Wall Street Rocks is a collaboration of employees in the financial, technology and entertainment industries, who are passionate about giving support to heroic Americans who serve our nation, including military veterans and first responders. Over the last two years, Wall Street Rocks has raised over $350,000 for our nation’s heroes.

GUITARIST VIVIAN CAMPBELL ANNOUNCES THAT HE IN REMISSION FROM CANCER ›