DUE TO OVERWHELMING DEMAND CHICKENFOOT ADDS SECOND REUNION CONCERT ON MAY 8TH IN LAKE TAHOE; MAY 7TH SOLD-OUT! 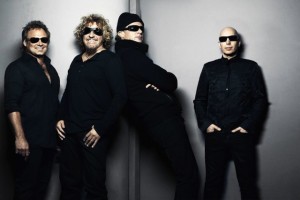 Due to overwhelming fan demand which caused an immediate sell-out of tickets for their concert on May 7th, Chickenfoot today announced that they’ve added a second show on May 8th at Harrah’s Lake Tahoe. The concerts, taking place over Cinco de Mayo weekend, mark the supergroup’s first reunion shows in more than six years.

Featuring Joe Satriani (guitar), Chad Smith (drums), Michael Anthony (bass) and Sammy Hagar (vocals), the band which Billboard called “a rare case of a group that’s equal to – or perhaps even greater than – the sum of its parts” plans to rock Tahoe with hits from Chickenfoot and Chickenfoot III including Sexy Little Thing, Big Foot, Oh Yeah and many more.

Tickets for newly added show on May 8th will go on sale Friday, March 18th at 10:00 AM PST through ticketmaster.com. Tickets for their show on May 7th are sold out.

Fans will have an opportunity to get advance tickets during the pre-sale beginning Tuesday, March 15 at 10:00 AM PST. Get your tickets using the pre-sale code FOOTSOLDIER at ticketmaster.com. Visit chickenfoot.us for complete ticket information.