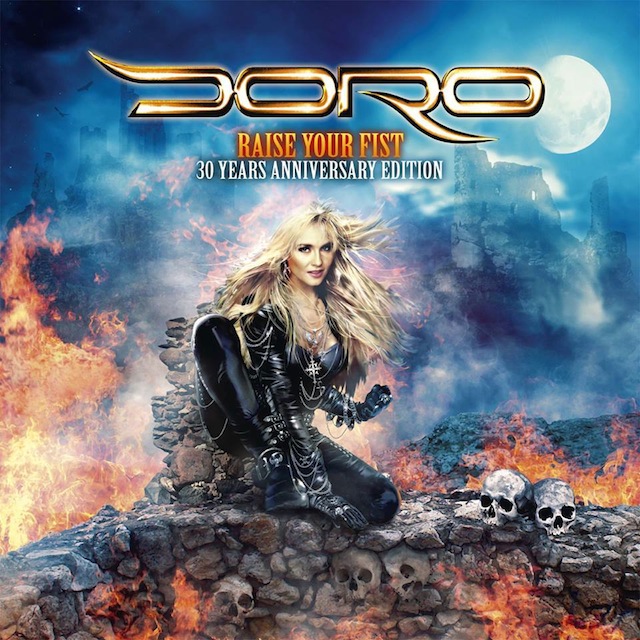 Having celebrated the 30th year anniversary of the first time she took the stage this past May with a two-night live concert party in her hometown of Düsseldorf, Germany in addition to shows throughout Europe, the U.K. and in Latin America, multi-decade recording artist and legendary metal maven Doro Pesch will be bringing her career-spanning anniversary show to North America this fall.

“The Anniversary Tour was incredibly well-received everywhere and we know there are many more places we need to get to,” shares vocalist and
songwriter Doro. “I’m always super excited to play in the USA and Canada. Looking forward to seeing all our great fans, friends, and metalheads again. See you soon… Raise Your Fist!”

Fans will soon be invited to participate in an online poll to select the set lists for the tour via Doro’s official Facebook page.

There are plans for an additional, second leg of the tour in the U.S. for Spring 2015.

Raise Your Fist – which features musical guests Lemmy Kilmister of Motorhead and Ozzy/Firewind guitarist Gus G. – debuted at #65 on the American Billboard Heatseekers chart in November 2012 and can be purchased here.

Doro on the web: