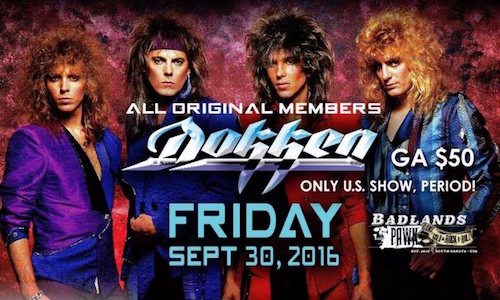 Fan filmed footage of Dokken’s entire reunion show in Sioux Falls, SD on September 30th has been posted online. Watch it below.

The band will be heading to Japan on October 5th, where they will be performing six shows. Guitarist George Lynch confirmed that these shows will be recorded for a live album and “a DVD as well.”

Dokken Unleashed In The East dates: