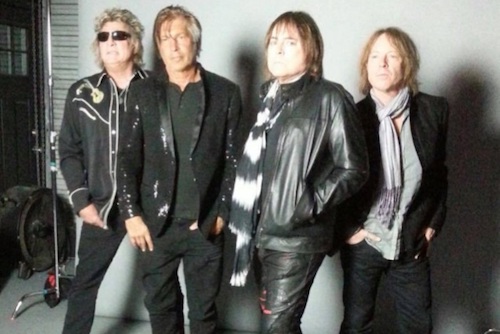 The tune will be featured on the band’s forthcoming CD/DVD package, and marks the the first new song by the classic lineup since the 1997 Shadowlife album.

Pilson wrote on social media that It’s Just Another Day “came out amazing,” adding that “it’s amazing how much it sounds like vintage DOKKEN.”

Dokken’s classic lineup played its only U.S. show in September 2016 in Sioux Falls, South Dakota before embarking on a six-show Japanese run dubbed Unleashed In The East.

The upcoming concert DVD will reportedly feature footage from two of the Japanese shows — including Tokyo — as well as the band’s Sioux Falls gig. The band also recorded two acoustic remakes of a couple of the old Dokken songs, which also “came out really amazing,” according to Pilson.

12/19: TRUNKNATION AND FM RADIO SPECIALS AND SCHEDULE FOR THE HOLIDAYS, ALL MERCH ON SALE, MORE ›