DEF LEAPPARD TO RELEASE “VIVA! HYSTERIA” ON CD/DVD, BLU-RAY AND DVD IN OCTOBER

With 100 million records sold worldwide, Def Leppard continues to be one of the most potent forces in global rock. For the past 30 years the band has been a top box-office draw, consistently selling out arenas worldwide. October, 19th 2013 sees them issue in Europe (October 21st in UK and 22nd in North America) an exciting new live release, VIVA! Hysteria, across multiple formats through Frontiers Records.

Originally released on the 3rd August 1987, the Hysteria album took the already well established Def Leppard and catapulted the band into the stratosphere.

The statistics are astounding: the album has sold in excess of 25 million copies and counting. Due to the incredible success of previous album Pyromania (released in 1983) and Hysteria, Def Leppard are one of only five groups who can claim two separate original 10 million plus selling albums in the US. The others are The Beatles, Led Zeppelin, Pink Floyd and Van Halen.

Produced by Robert John “Mutt” Lange, the album reached Number one on Billboard’s Top 200 chart in the U.S. and also No. 1 on the U.K. Album chart. The album has earned critical acclaim from a number of sources including Q Magazine, who voted the release as one of the greatest albums of all time, and Rolling Stone Magazine, who included the collection on their list of the 500 Greatest Albums of All Time.

For the first time ever, Def Leppard played Hysteria in its entirety during an eleven-show residency which started on March 22, 2013 at The Joint in the Hard Rock Hotel And Casino in Las Vegas. The band played also under the fictitious name of Ded Flatbird (which came about after someone once mispronounced Def Leppard as “Dead Flat Bird”). Two different opening sets of 35 mins. on each of the nights. The band showcased some fan favorites and very rare songs from the early years of the band besides playing a selection of their greatest hits, highlighting classic material from throughout their career. The VIVA! Hysteria show featured an elaborate set design created uniquely for the Las Vegas residency.

“We’ve been asked for many years if we’d ever play an album in its entirety, and the answer was always no because we’d be out promoting a new album,” says lead vocalist Joe Elliott. “Then in March and April 2013 when we had no new music to promote, we had a chance to revisit arguably our most important album. It was an easy decision to make. As for Vegas, it’s no longer perceived as the place crooners go to die! Artists like Motley Crue, Elton John, Guns N Roses & Cheap Trick have recently done residencies and Rock ‘n Roll has definitely moved in! So, there was no better place for us to take the show. It was a fantastic experience for us and for our fans”

Known for legendary arena shows, Def Leppard bring their extravagant production to your house as “VIVA! Hysteria” is their first full live show shot in HD released commercially. Finally VIVA! Hysteria showcases for the first time a career-defining album (excluding concept albums) performed live in its entirety – from start to finish – for a commercial audio/video release. VIVA! Hysteria is unlike any show Def Leppard has ever done or will ever do again. This is one release not to miss….

Available on the following formats – 2Cd+Dvd digipak, Blu – Ray, DVD and digital album downloads – the full tracklistings are as follows…

On Through The Night
Slang
Let It Go
Another Hit And Run
High ‘n’ Dry (Saturday Night)
Bringin’ On The Heartbreak
Switch 625.
—
The VD tracklisting is as above but also includes bonus content of the acoustic medley:
Where does love go when it dies/Now/When Love & Hate Collide/Have You Ever Needed Someone So Bad/Two Steps Behind. 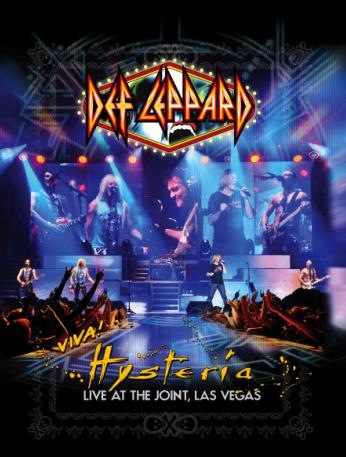 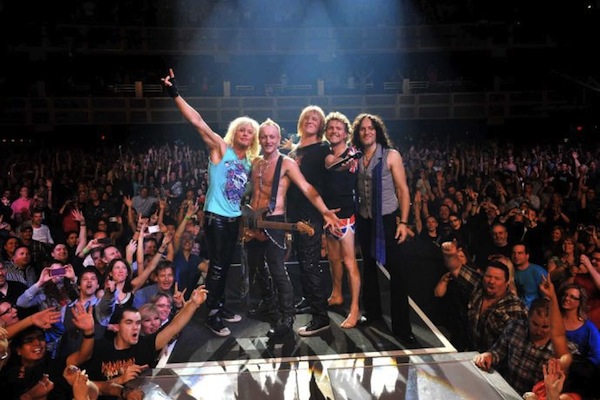