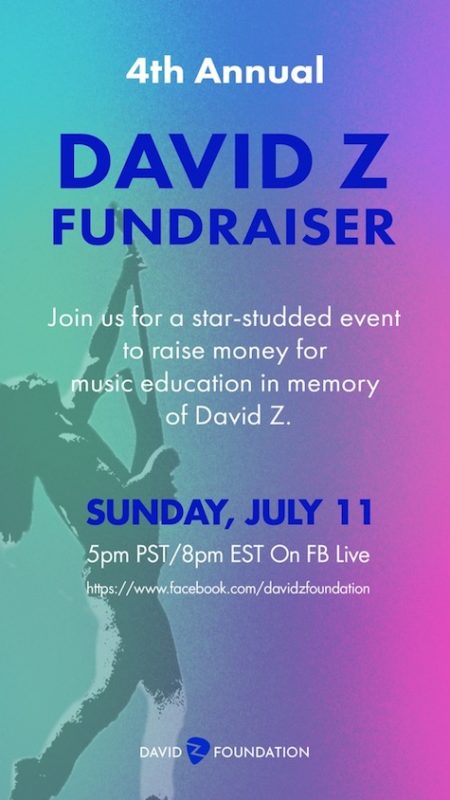 David Zablidowsky, better known as “David Z,” tragically died in a roadside accident in 2017 while on tour with Adrenaline Mob.

Before joining Adrenaline Mob, David had been the bass player of Trans Siberian Orchestra. Along with his brother Paulie Z, the two had been a part of the band ZO2 and starred in their own TV series Z Rock on the IFC network.

ZO2 plans to debut a never-before-heard song called Complicated which was written and sung by David Z. It was one of the newer batch of ZO2 songs that the band were planning on releasing before the band took a break in 2012. ZO2 had a secret reunion show planned for March 2018 in NYC where some of these songs were going to be played, but sadly that never happened as David was killed in the summer 2017. This song was one David was very proud of as it was centered around a very personal experience and showcased his radio friendly writing style.

David Zablidowsky was active in developing young people through music. To continue his legacy, the David Z Foundation was founded to offer education and financial need to young aspiring musicians.

About the David Z Foundation:

The David Z Foundation is a non-profit organization created in memory of David Zablidowsky and dedicated to transforming lives through the magic of music. Our goal is to nurture that creative musical spark that a child has and help turn it into a sustainable reality. We are currently running our original music programming nationwide, including private instruction, rock band, songwriting, production, and music business. In addition, we prepare kids for the music world by pairing them up with professionals in the field and showcasing their creativity through the various events we produce. Our focus is on providing these services to low-income families and high-risk children while subsidizing the financial costs that come with it. We also offer scholarships through partnerships with music schools such as School Of Rock, Brooklyn College, and various other local organizations around the country.

For more information about the show please visit facebook.com/davidzfoundation.