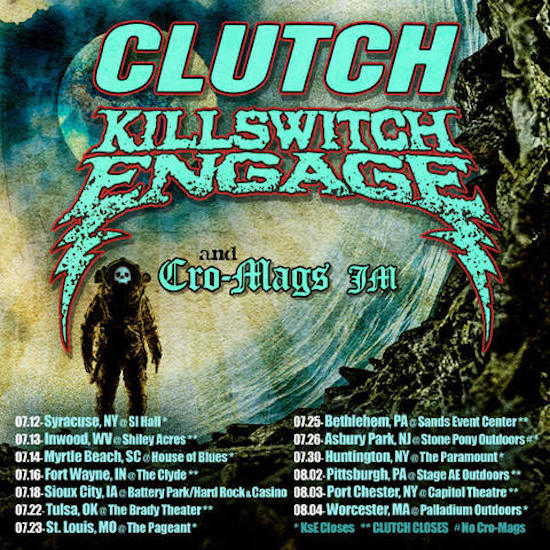 Clutch and Killswitch Engage have announced co-headline tour dates for this summer.  Tickets go on sale on May 17th at 10am.

“We are really looking forward to heading out on the road with Killswitch Engage,” said Clutch’s vocalist Neil Fallon.  “It’ll be a rager.”

Jesse Leach vocalist of Killswitch Engage adds “We’re excited to hit some of our favorite spots in July and to share the stage wtih Clutch, fun times ahead”