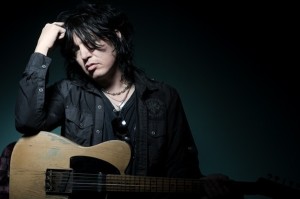 On August 2nd, 1986 Cinderella released their debut album, Night Songs. Tom Keifer remembers when he shot the cover with photographer Mark Weiss. As Tom recalls, “It was shot in the historic district of Philadelphia … but the most interesting thing that I remember about that shoot was that the album was called Night Songs and Mark scheduled the shoot for day time.. and I kept saying to him..that’s not going to look right and he said I shoot day for night and I didn’t know what the f–k that meant…and I just trusted him because I kind of liked this guy right off the bat.. I thought he was a straight-up cat. And sure enough, when we got the pictures back it looked like it was nighttime.. So Mark Weiss is a f–king genius.”

Tom talks about the rock scene growing up as a young kid– and first time he saw the Beatles and then The Monkees on TV and then… “I started hearing a different sound than the Beatles or the Monkees… and it was like Led Zeppelin and Aerosmith and once I heard that… and the Rolling Stones…you know I remember hearing Jumpin’ Jack Flash and Brown Sugar…and from that point on all through like my high school years that’s all I wanted to do.”

He remembers his start in the South Jersey rock scene–“It was all cover clubs.. there was a cover club on every corner because the drinking age was 18 so they were packed nightly. I’d get tired of that scene and I started to wonder why Led Zeppelin and the Stones and Rod Stewart got to make records and obviously it’s because they had their own songs. That’s when I wanted to get out of the club scene and the cover scene and started writing songs…and that’s what I did for a number of years and eventually it lead to putting Cinderella together.”

Tom talks about MTV and the image of Rock & Roll– “You know I grew up on the music of the late 60s and the 70s and you’re talking Janis Joplin and Rod Stewart and Bad Company, Free and Joe Walsh and the James Gang… and I could go on and on …from the Eagles to Fleetwood Mac to Heart to the Rolling Stones…it was an incredibly creative time for music and not only did those artists influence you in the musical way, but they influenced you image wise. You wanted to be like them so you started to emulate them…and you know all my heroes were pretty flashy… I loved Mick Jagger and Keith Richards. They were cool and had a touch of glam vibe to them… and Janis Joplin did, Aerosmith did.. so you learned in the same way in your fashion sense as you did in your music sense…and I think when Cinderella came around and we were in the part of the decade in the 80s where so much importance was placed on the visual because of MTV. I think the over the top look that developed in the 80s was as a result of us taking our heroes to a whole other f–kin’ level. The 80s was all about excess and I think that’s what it was about. And I think that most of my buddies from the other bands would tell you the same thing. It came from that glam, hard rock…you know, imagery of the 60s and the 70s and trying to take it somewhere new because all of a sudden there was this new visual thing called MTV where it was as much about the visual as it was about the music. Everything in the 80s was f–king over the top! And it was cool.. It was a great decade.” 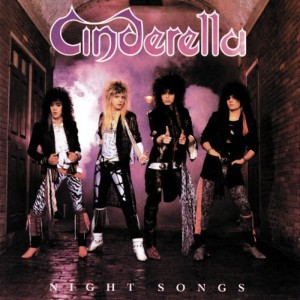