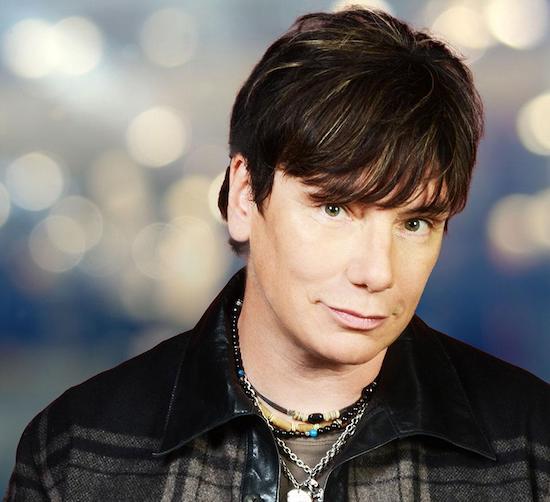 As previously reported in the music news, Mr. Big released a 30th anniversary remastered, and expanded anniversary-edition of their chart-topping album, Lean Into It, on July 30th (read the details here). Ruben Mosqueda of Sleaze Roxx spoke with frontman Eric Martin about the album, highlights from the interview appear below.

Sleaze Roxx: Take us through what was going on with the band going into [Lean Into It], having created a “buzz” with the “self-titled” album.

Eric Martin: Well, we did create a “buzz,” but that was virtually non-existent on the radio. There were a few FM stations that picked up Addicted To That Rush and Big Love. We just toured constantly. From like ’89 to ’91, now that doesn’t seem like a long time, but we were on the road. We played every town, every laundromat opening!. I’m making a joke, obviously, but we played every gig we could get. [guitarist] Paul [Gilbert], [bassist] Billy [Sheehan] and [drummer] Pat [Torpey] are from L.A. and I’m from the San Francisco/Bay Area. We went to North Hollywood, Griffith Park, where they filmed Rebel Without A Cause. They have this little train museum with a traincar. We shot the To Be With You video in one of those traincars. We had already put out four to five singles for radio from Lean Into It. We released that song, because of our manager. He really liked the song. His name was Herbie Herbert. He also managed Journey and managed me for over 20 years. I don’t know if at that point Atlantic [Records] thought that they were going to drop us, but they thought they had done all that they could at that point…

…The band wasn’t breaking, but we were selling out shows all across the country, but we weren’t selling a lot of records, I guess. So, we did the To Be With You video and we went back on the road. We didn’t read Billboard Magazine, that’s for the suits. I was excited that we were Top 10 on MTV. We were on the road and we pulled up to this place called Finky’s in Daytona Beach, Florida. I remember the sound company wasn’t even there, by the time we arrived. We were setting up our own gear. I go into the amusement center of this club, which was right on the beach. I remember I saw a TV and I remember hearing the guy on MTV saying, “And now the number one video on MTV…” It was To Be With You. I was so excited! Then he said, “And it also the number one song in the country.” I wasn’t ready for that…[So I tell the others, “Guys! We’re number one on MTV.” They looked at me and were like, “Oh, that’s nice..” and as we looked around, there were people lining up around the block for the show, things blew up. I’m going to sound cliche here, but it’s the gift that keeps on giving.

Sleaze Roxx: Was To Be With You in jeopardy of making the record? I ask because it sounds like your manager was the one that really liked the song.

Eric Martin: I played it for Paul Gilbert in ’89, when Billy and I started the band. I would commute from the Bay Area to LA. We didn’t have the budget to put me up in a hotel, so I would stay at Paul’s house. While we were hanging out I would bring this gym bag with a bunch of cassettes. That song was on one of them. When I first met him [Paul], I was a little intimidated, because he was coming out of Racer-X… he’s a shredder. In getting to know him and talking with him, I found that he really likes The Beatles… a lot! That’s when I said to him, “I have a great song that I wrote several years ago.” He listened to it and said, “Man, that’s a great song.” We didn’t talk about putting that on a record. I just shared it with him. Kevin Elson was our producer and I shared it with him too, and he loved it..When it came time to do the second record, it was Kevin that kept saying, “You know, we have to put that song on the record.” None of us knew what direction we’d be going on the next record. We were a meat and potatoes rock ‘n’ roll band, but with a lot of notes… I want to say that Paul Gilbert, Pat Torpey, Kevin Elson and our manager were the ones that were really pushing for To Be With You to make the final cut.

Sleaze Roxx: How involved were you personally with putting together the bonus material that makes up the second disc?

Eric Martin: Our manager contacted me and said there was this label that wanted to put out a 30th Anniversary of Lean Into It. I hear this every now and then about labels wanting to put out a package or box set. This was different, because the label actually had a marketing campaign. Look we’re talking about it, I’m doing interviews and press for the release. I’m loving this, I’m a collector, too!. I love the red vinyl…It’s remastered and we even put together a singles box set that is coming or maybe it’s come out? It’s got like seven singles… I love the attention [laughs].

Sleaze Roxx: I know Mr. Big is either on a hiatus or maybe you’ve disbanded officially? Given the circumstances, the fans understand. Pat was a huge part of Mr. Big. Would it interest you at all to perform this album top to bottom, because as you said earlier this album is sequenced as a live set.

Eric Martin: I haven’t thought about it, until about two weeks ago when someone asked me a similar question. I was on a plane coming back from some gigs…Now, would I do that? Hell yeah [laughs]! My voice isn’t the same as it was 30 years ago. My balls dropped at 45 [laughs]! I’m now 60. Is my voice a little different? Yeah, I might have to do a portion of the songs a half step down, but I can still perform them. I do that currently on my solo acoustic shows and I play about five to six songs from the Lean Into It album. If you’re asking me if I could make that happen? I’d love to do it. I’m the cheerleader, but there are another two guys that we’d need on board.

Sleaze Roxx: Last thing, what did Pat bring to the band as a drummer, as a bandmate and a friend and what’s a memory you have of Pat?

Eric Martin: [Long pause] Every time I talk about him, I feel like I’m eulogizing the guy. I love him. He was the anchor of the band. He was also the referee. He was a phenomenal drummer. There’s a lot of drummers out there that knew just how great he was and loved his tone. When I first met him I was like, “Oh yeah, he’s a great drummer.” Then I heard him sing and he hit a couple of notes and he sounded like Paul McCartney. He was the full package, man…

…He was super intelligent and he was a staunch Republican. It was funny that [even though] we had a couple of Republicans and a couple of Democrats on that tour bus, we got along great and we didn’t kill each other [laughs]! He’s an all around good guy and I miss him all the time…