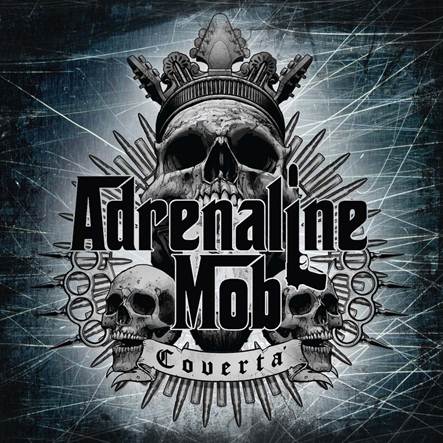 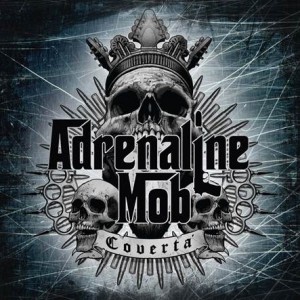 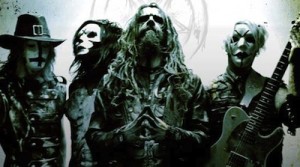 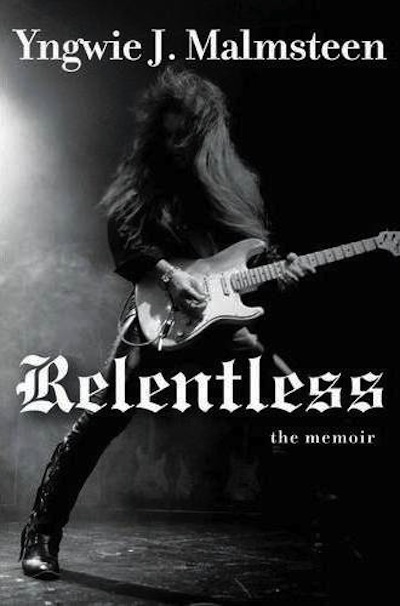 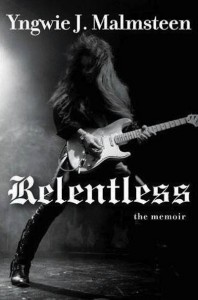 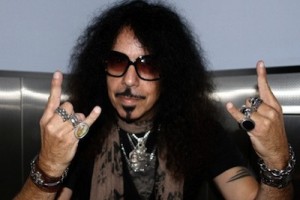 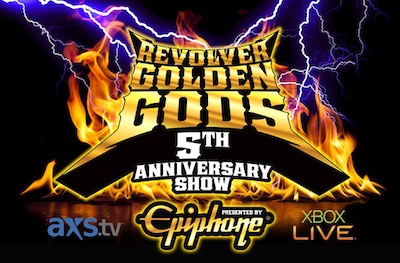 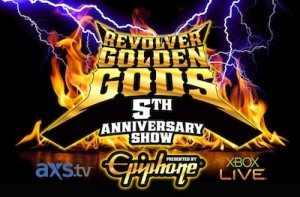 The fifth annual Revolver Golden Gods Awards presented by Epiphone will take place Thursday, May 2nd, at Club Nokia in Downtown Los Angeles. For the first time ever, the event will be broadcast live on national television through AXS TV and broadcast in the US and key international markets through Xbox LIVE and Facebook. Tickets are available through Ticketmaster.

Fozzy frontman and WWE pro-wrestling legend Chris Jericho will reprise his role as host for the fourth consecutive year. The nominees in 11 different fan-voted categories, plus the recipients of this year’s prestigious Ronnie James Dio Lifetime Achievement Award (presented by Ernie Ball), Golden God Award (presented by Sumerian Records) and Riff Lord (presented by EMG Pickups), were revealed at a press conference at the Hard Rock Cafe Hollywood in Los Angeles.

Host Chris Jericho was on hand, along with Sebastian Bach, Five Finger Death Punch, Halestorm, Scott Ian (Anthrax), Maria Brink and Chris Howorth (In This Moment), John 5 (Rob Zombie), Greg Puciato (Dillinger Escape Plan) and Zakk Wylde to announce the nominees. Halestorm performed a special live set, including a guest appearance by Sebastian Bach on a cover of the Skid Row classic Slave to the Grind.

Voting is now open at GoldenGodsAwards.com and ends April 15th.

The Golden God Award (presented by Sumerian Records), which is given to one special honoree a year who embodies the spirit of hard rock and metal, will go to Rob Zombie, who commented, “What can I say? It is a complete honor to receive this award and have my name join the list of such legendary past winners as Alice Cooper and Gene Simmons. Pretty cool deal to be part of the Golden God club.” (The other previous honorees are Rob Halford of Judas Priest and Dave Mustaine of Megadeth.) Rob Zombie will be releasing his brand new album, Venomous Rat Regeneration Vendor (Zodiac Swan/T-Boy/Ume), on April 23rd, and his latest feature film, The Lords of Salem (Anchor Bay), on April 26th.

The Ronnie James Dio Lifetime Achievement Award (presented by Ernie Ball), will go to hard-rock and metal icons Metallica, who will release the 3D movie Through the Never in August. (Previous honorees include Rush, Motley Crue, Lemmy Kilmister of Motorhead and Ozzy Osbourne.)

Metallica’s Lars Ulrich commented, “Since the Revolver Golden Gods Awards is fast becoming THE most rocking awards ceremony in the hard rock world, we are beyond psyched to be at the receiving end of this shout out and in the distinguished company of Rush, Lemmy, Ozzy and Motley Crue. I was hanging out and presenting at the shenanigans two years ago and the energy in the room and the vibe backstage was beyond fucking cool, so Metallica is chomping at the bit to partake in this year’s event. Once again, we are honored to be recognized as achievers (!!) and we can’t wait to get up and jam onstage and sweat for and on everybody gathered.

The Riff Lord Award, (presented by EMG Pickups) is given each year to a legendary guitarist in the field of hard rock & heavy metal. This year it’s going to none other than Black Sabbath axeman, Tony Iommi, who had this to say about the honor, “What a great honor to receive the Golden Gods Riff Lord Award for 2013, especially with our new Sabbath album coming out. I hope there will be some new favorite riffs in these songs.” Slash of Guns N’ Roses and Velvet Revolver won the award last year.

Adding to the celebration, the 2013 Revolver Golden Gods Awards show will feature one-of-a-kind special performances and collaborations that honor both the past, present and future of heavy music. The night’s hard-rocking musical performances will include sets by Metallica, Five Finger Death Punch, Anthrax, Stone Sour, Dillinger Escape Plan and Halestorm, with more performers to be announced in the coming weeks.

Returning as well is the “Black Carpet” pre-show that will be hosted by legendary heavy-metal frontmen Sebastian Bach and Dee Snider. Bach and Snider will be interviewing all the nominees, honorees and performers on the Revolver Black Carpet before show time for the special, which will air on both AXS TV and Xbox LIVE.

The nominees for the 2013 Revolver Golden Gods Awards presented by Epiphone are:

Comeback Of The Year:

Song Of The Year:

• Asking Alexandria, Run Free
• Avenged Sevenfold, Carry On
• Black Veil Brides, In The End
• Dethklok, I Ejaculate Fire
• Halestorm, Love Bites (So Do I)
• In This Moment, Blood

Album Of The Year presented by Orange Amplification: