In support of Anti-Bullying Awareness Month this October, Los Angeles based hard rockers Black Veil Brides have created an exclusive lyric t-shirt that is on-sale now. The band has teamed up with The Bully Project and created a crowdfunding initiative with all profits from the sale of the t-shirt going to support this important organization. Black Veil Brides are one of the first bands to take to crowdfunding for the sole purpose of raising money for a charity they believe in. The words “If We Stand Together We Will Be Unbroken” will be emblazoned across the front of the t-shirt; a lyric taken from the band’s song Unbroken featured on the Avengers Assemble soundtrack. The band has pulled in some of their sponsors to also join them in the fight against bullying. BandMerch, Peavy and Monster Energy will be supporting this endeavor through matching donations at different intervals of the campaign. The shirt will be on-sale for three weeks exclusively at teespring.com for $25.00 each and can be purchased directly from this link: teespring.com/blackveilbrides.

“Alex, who’s powerful story of being bullied is told in the film Bully, is 16 and an aspiring musician. He is a huge fan of the Black Veil Brides. We are grateful for artists like the Black Veil Brides for taking a stand with Alex, The Bully Project and all of us who have felt like outsiders to end bullying and create safer schools,” states acclaimed Bully documentary director Lee Hirsch.

A subsequent component of the partnership is that Black Veil Brides will be encouraging everyone who purchases a shirt to send a photo of themselves wearing it. That photo can be emailed to the band at [email protected] Upon sending the image to that email address, the person is giving the band permission to use their image in an anti-bullying video that they will be releasing on October 1st for Anti-Bullying Awareness Month. This video will be posted on the Black Veil Brides YouTube page and shared for the world to see.

Black Veil Brides are riding the success of their third full-length album, Wretched And Divine: The Story Of The Wild Ones, released via Lava Records/Republic Records and landed at #7 on the Billboard 200 selling over 42,000 copies its first week. Upon release, the album also soared to the #1 Spot on the iTunes Top Album Chart and the iTunes Rock Chart. Wretched And Divine: The Story Of The Wild Ones has been getting rave reviews. Black Veil Brides recently won their third Revolver Golden God Award making them the first band to ever win three consecutive years in a row. The band has released two previous albums, Set The World On Fire and We Stitch These Wounds. 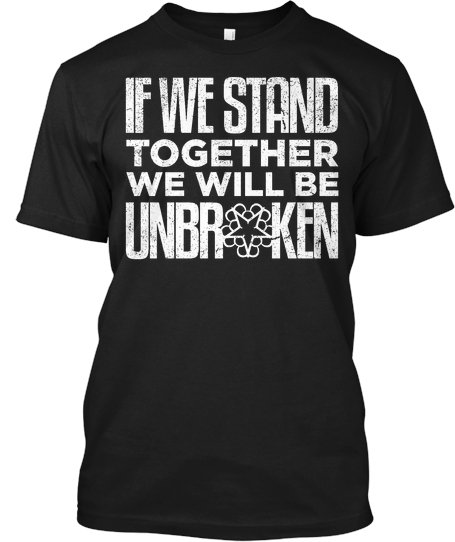