BLACK STAR RIDERS TO RELEASE “ANOTHER STATE OF GRACE” ON SEPTEMBER 6TH, LISTEN TO THE TITLE TRACK HERE 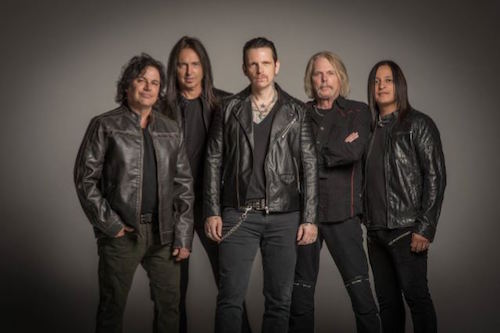 Black Star Riders will release their fourth studio album, Another State Of Grace, on September 6th through Nuclear Blast.

Vocalist Ricky Warwick says, “This has probably been the most enjoyable experience in the studio I have had making a record. The vibe and commitment the boys brought into this was stellar. Our most anthemic and soulful album to date. I’m very proud and excited for people to hear Another State Of Grace.”

Longtime supporter Joe Elliott, vocalist of Def Leppard, says: “I’ve been an ardent supporter ever since they started their journey having moved away from being Thin Lizzy and becoming a legitimate band in their own right. For me, this is by far their best effort to date.”

The recording will be made available on CD, vinyl and vinyl picture disc, limited-edition boxset and limited edition light green vinyl.

Another State Of Grace track listing:

Listen to album’s title track, below.

‹ KISS’ PAUL STANLEY SAYS, “IF BANDS ARE MAKING YOU FEEL THAT THEY’RE DOING YOU A FAVOR, THEN YOU NEED TO ABANDON THEM”