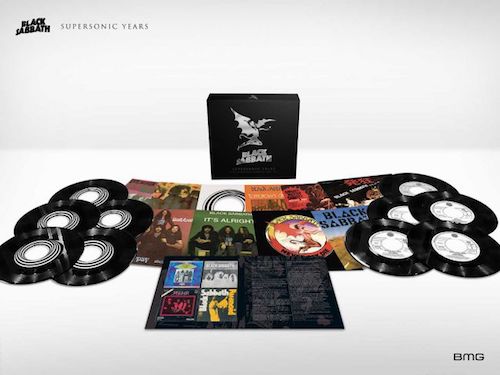 Black Sabbath have announced a new vinyl box set showcasing their singles in the 1970s.

“We didn’t intend to make a single in the first place,” said Tony Iommi to the Disc And Music Echo in 1971. “But after we’d completed the album, the Paranoid track was sufficiently short to be a ‘trailer’ for the LP. We really didn’t expect it to do anything at all. We don’t go into the studio to make singles. We make LPs only. But if there is anything suitable as a result of the recordings, it would be considered, of course.”

There are also five rare edits of Iron Man, Sabbath Bloody Sabbath, Am I Going Insane (Radio), Hard Road and Symptom Of The Universe, alongside new liner notes detailing all the rarities inside.

“SCREAM FOR ME SARAJEVO” STARRING BRUCE DICKINSON IN THEATERS MAY 10TH ›