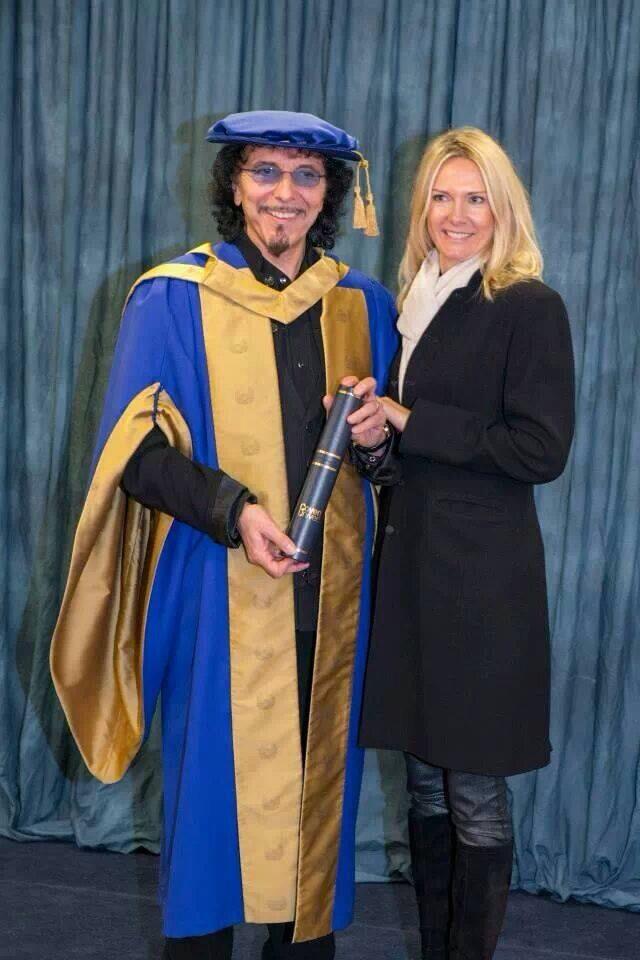 Black Sabbath guitarist Tony Iommi is to pass on his years of experience in the music industry to students at Coventry University.

Iommi was awarded an Honorary Doctorate Of Arts by the university last year and has now been handed the role of Visiting Professor Of Music.

The 66-year-old was introduced to students at the uni’s Department for Performing Arts last month on his first official engagement on campus. Tony spent the afternoon talking to students and staff and answering questions about his 50-year career in the music business.

Dr Geoff Willcocks, the university’s Director Of Arts And Culture, said, “To watch Tony interact with the students was an absolute privilege. He was incredibly generous and open with them about all aspects of his work.

Tony is without doubt a rock icon and he’s an inspiration to so many people around the world. It’s wonderful to have such an important and respected international figure working with us.”

Dr. Sara Reed, head Of Department For Performing Arts, added, “It is a tremendous honor to have Tony here with us as a Visiting Professor. His huge wealth of experience and musical knowledge is beyond value to our students. It’s a fantastic opportunity for them to learn from such an immensely talented individual and all in the department sincerely look forward to working with Tony in the future.”

He is set to return to the university in the autumn to work directly with students on their songwriting skills.

Iommi recently said that Black Sabbath’s show at London’s Hyde Park in July could be the band’s last.