With the highly successful Revolver Golden Gods Tour coming to a close at the end of next week, Black Label Society have announced a new set of dates in support of their latest LP Catacombs of the Black Vatican. Tour dates begin in Cincinnati, Ohio at the famed Bogart’s venue and run through the first week of August with Wovenwar and Kyng supporting.

Earlier this month, Black Label Society made their network television debut by performing their current single Angel of Mercy on Late Night with Seth Meyers. Watch the performance here. The episode featuring the performance will re-air tonight at 12:35/11:35c on NBC. 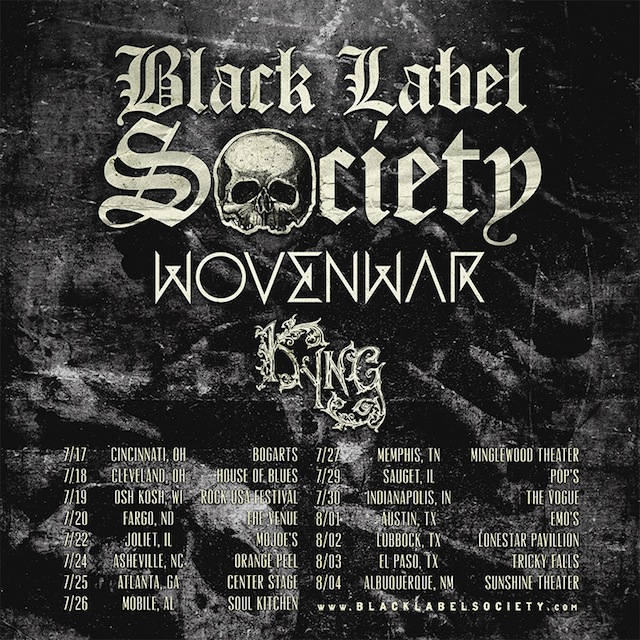