BASSIST JEFF PILSON SAYS THAT HE HOPES THE REUNION OF THE CLASSIC DOKKEN LINEUP, WILL BE A CHANCE FOR THE BAND TO REDEEM THEMSELVES FROM YEARS OF NEGATIVE PRESS 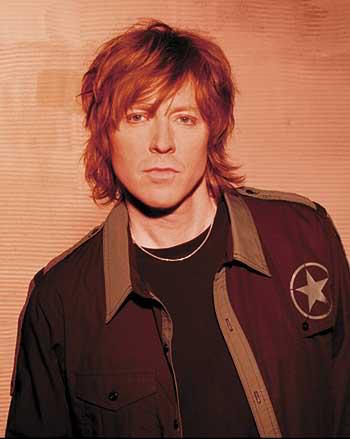 While bassist Jeff Pilson admits that money is the motivator for Dokken’s classic lineup reunion, he insists that the band also wants to redeem themselves after years of bad press.

Though the bassist agrees with drummer Mick Brown and vocalist Don Dokken that money is the main incentive for their run of comeback shows, he still wants to do a “great job” for the fans’ sake.

He tells My Global Mind, “Because bands look like they are having a fun time up on stage, it seems like it’s the easiest job in the world or not really a job at all.

Most fans would say, ‘Why can those guys just get it together and play. It looks like fun.’ Obviously it’s more than that – it’s the time you spend together practicing and in negations making it all happen.

Pilson adds, “Honestly, I don’t really look at it like that – I look at it as getting paid is a nice thing and this is a chance to put a positive spin on a band that got a lot of negative press. Now it’s just about going out there and kicking some butt and doing a great job, not to get all caught up in the controversy that we usually get.

Japan has always been great for us and I’m really just looking forward just going out and doing the music and playing with these guys.”

Pilson also recalled the last time the original Dokken lineup played together in 1997, when they were supporting Alice Cooper. He says the night ended on a “horrible note” after old tensions had resurfaced between frontman Dokken and guitarist George Lynch – resulting in the pair almost “getting into a fight” on the bus.

Pilson explains, “George’s son had to come between them. It got nasty and ugly – it was very unfortunate.

I’m hoping we can do this with a better attitude – and I think we will.”

Recently, Brown admitted that Dokken and Lynch had begun snapping at each other ahead of the dates.