AXL ROSE BREAKS HIS FOOT, LAS VEGAS SHOWS TO GO ON AS PLANNED 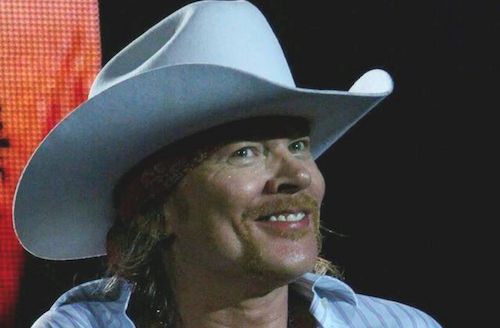 “This is what can happen when you do something you haven’t done in nearly over 23 years,” along with an angry emoji and a link to a video. In the clip titled “Internal Fixation,” Dr. Rachel Triche, a foot and ankle specialist, details the singer’s recent injury. According to Triche, he sustained a fracture in one of the bones in his left foot. He underwent an “open reduction internal fixation,” where the bones were put back together and realigned. Plates and screws have also been put into his foot while Rose will be sporting a cast.

“He’s having his set, I think, designed for the stage so he can perform for everyone still,” she added. He’ll have to reduce the weight he puts on the front of his foot for the next four weeks.

‹ Y&T BASSIST ON “INDEFINITE HIATUS” FROM THE BAND