Today we are premiering the new W.A.S.P video Chainsaw Charlie

2017 marks the 25th anniversary of the original release, which is still considered to be the best album of W.A.S.P.’s career, and one of the greatest concept albums of all times! “The Crimson Idol” undoubtedly belongs in every metal head’s record collection. The album about the anti-hero Jonathan Steele was originally intended to be accompanied by a movie, with several hundred hours of film that were shot to create approximately 50 minutes of movie footage.

This film has never been released – Until now!

Napalm Records proudly presents “REIDOLZED (The Soundtrack to the Crimson Idol)”, the 25th anniversary of the iconic hit album plus the original “The Crimson Idol” movie on DVD and Blu-ray! For the first time EVER as originally intended – film and soundtrack united – released as one product! pmfji 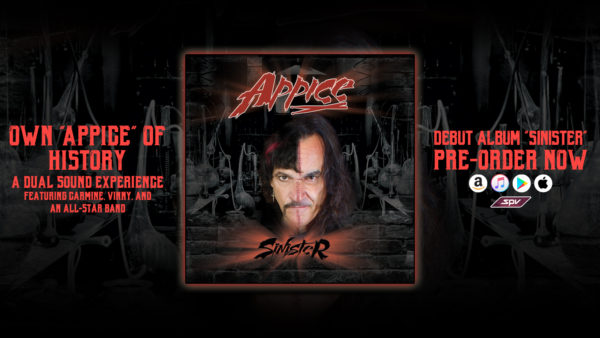 “UNLEASHED IN THE EAST”

After years of intense speculation and recent rumors, it can now be confirmed that DOKKEN will indeed reform its classic lineup for 6 shows ONLY! Don Dokken, George Lynch, Jeff Pilson and “Wild” Mick Brown will return to the stage together, in Japan – for the first time in 21 years. Dubbed “Unleashed in the East,” leader Don Dokken explains why now. “I am very excited to come back to Japan and play with the members of Dokken that I spent so much time with. Being that its only 6 shows, we are going to make as spectacular as possible”

After launching on October 5 in Osaka, Japan, the quartet will then head to Fukuoka, Tokyo (for the Loud Park Festival) before continuing on to Hiroshima, Aichi and finally, back to Tokyo for the final show on October 12th. Dokken’s Tooth and Nail, released in 1984, contained several hit songs including “Alone Again”, “Just Got Lucky” and “Into the Fire”, and sold over three million copies worldwide and the band continued releasing many more records with the same success.

Tickets for this once in a lifetime event, as well as VIP package experiences, will be on sale beginning August 27th. This will be the one and only opportunity for fans to see the original line-up play their iconic hits.

DOKKEN IN JAPAN “UNLEASHED IN THE EAST” DATES: