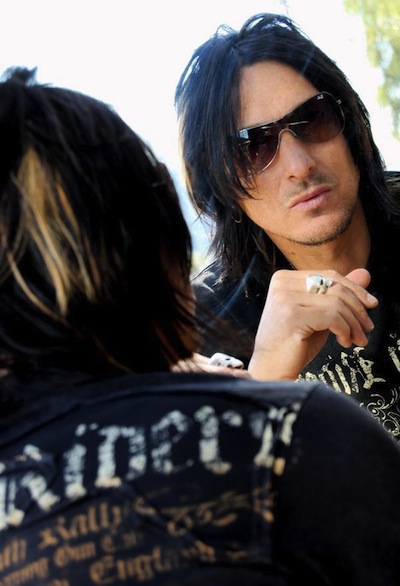 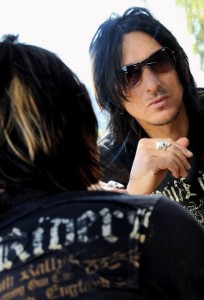 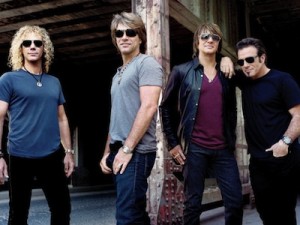 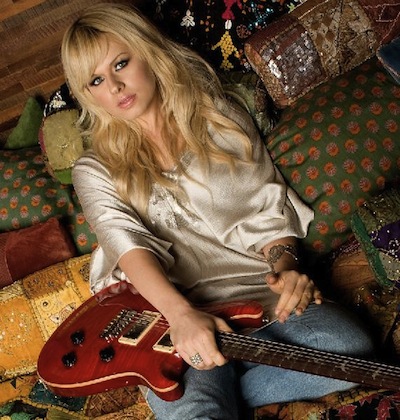 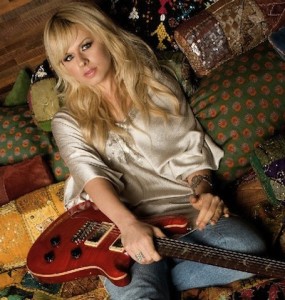 Platinum selling solo artist and iconic guitarist Orianthi is gearing up for the release of her new album, Heaven in this Hell. Orianthi will captivate fans with a record that delivers a mega-dose of rock and weaves elements of modern country and swampy blues. The album, to be released on Robo Records (distributed by Universal/Fontana), is scheduled to hit shelves on March 12th, 2013. The first single, Frozen, will be snet to Rock and Classic Rock radio on January 28th.

From writing her first song at the age of 6, to being discovered and playing alongside her idols Carlos Santana and Steve Vai early in her career, Orianthi has made an enduring mark on the music industry. While many were introduced to this timid guitar goddess when she played the Grammy Awards in 2009 as part of Carrie Underwood’s band, it was being selected for Michel Jackson’s ill-fated This Is It Tour that exposed her to mainstream audiences. In the Fall of 2009, Orianthi released According To You,” her first solo single, which went platinum in the U.S. and abroad. More than just a gifted guitarist, this success showed she had serious vocal chops as well.

In late 2011, she began work on her forthcoming project. “I am so proud of this album because it really showcases my style of riff heavy rock and energetic blues,” Orianthi remarks. “The success of Believe [her previous CD] helped give me credibility and afforded me the freedom to create the kind of album I have been wanting to make, with musicians I respect, playing together live in a studio, creatively exchanging ideas…the way I want all my records to be made. My friend, collaborator and producer, Dave Stewart and I just jammed and hashed out a variety of songs and sounds until we found the grooves that inspired us” she continued.

While Orianthi recorded a majority of Heaven In This Hell at Blackbird Studio in Nashville, she also recorded several songs and overdubs at Dave Stewart’s (of The Eurythmics) Hollywood Studio. “Working with Ori over the last year has been an inspiring experience for me,” said Stewart . “She is such a dedicated guitarist and focused songwriter; her enthusiasm is infectious and all the musicians who worked on the record were motivated to give her their best. When we went to Nashville, we knew we were about to embark on something exciting, something career altering,” he continued.

The time spent in Nashville left an indelible impression that can be heard in several of the tracks, which were mixed by Nashville resident John McBride [husband of Martina McBride]. New tracks like Rock and Another You are examples of crossover country-AC songs that blend heartfelt harmonies and melodies with lyrics that showcase a more vulnerable, exposed emotional side, often veiled by her signature PRS axe. Heaven In This Hell the title track, is a blues-rooted rock song which features swampy guitar riffs with an edgy Zeppelin-esque vibe. Songs like Frozen and You Don’t Wanna Know provide listeners with some insight into a couple of her primary musical influences with raw, crunchy guitar riffs reminiscent of Hendrix and Stevie Ray Vaughn. If You Think You Know Me is an arousing anthem with thunderous drums, meant to inspire and empower anyone who has ever felt alone. This track, which begs to be played in a large arena, asks listeners: “Have you ever felt like you didn’t fit in?/Like there’s somebody else inside your skin?/ Well you’re not alone/We all came here for something.”

“To say that we are excited about this record is a complete understatement” according to Rob Christie, founder of Robo Records. “Not only is Orianthi one of the most gifted musicians I’ve heard, but she also has a heart of gold. She is extremely passionate about music, animals, family and her fans. She truly is an inspiration to adults and children, literally around the globe.”

Heaven In This Hell track listing:

Heaven in this Hell
You Don’t Wanna Know
Fire
If You Think You Know Me
How Do You Sleep?
Frozen
Rock
Another You
How Does That Feel?
Filthy Blues
If You Were Here With Me 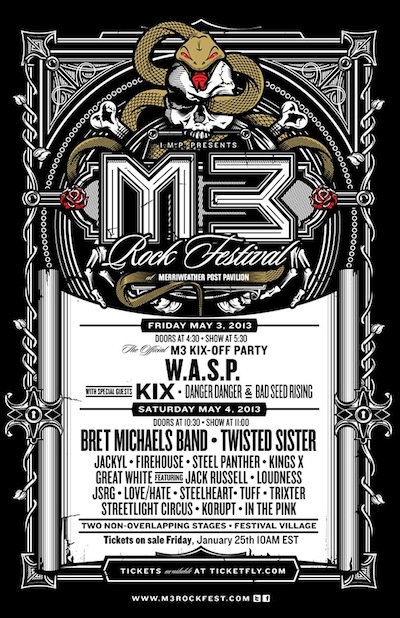 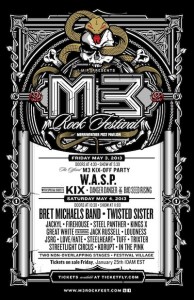 M3 festival have announced their 2013 line-up via their official facebook page.

The Baltimore area festival has become one of the country’s premiere concert series. The two day event will be featuring headliners W.A.S.P. on May 3rd and Twisted Sister and Bret Michaels Band on May 4th. Other bands scheduled to play include Kix, Danger Danger, Jackyl, Firehouse, Kings X, Great White featuring Jack Russell, Trixter among others.

Rush will continue their current Clockwork Angels Tour with new North American dates. The tour will begin April 23rd in Austin. Tickets for the new dates in select markets will go on sale January 28th.

Following those spring dates – listed below – Rush will head off to Europe then return to North America for another set of dates starting in June that will find them visiting cities like Hershey, Pennsylvania; Chicago; Milwaukee; Boston; Vancouver; Salt Lake City; and Denver. The band will also return to Grand Rapids, Michigan; and Halifax, Nova Scotia, for the first time in decades. That tour will continue into August, with details regarding dates and venues coming soon.