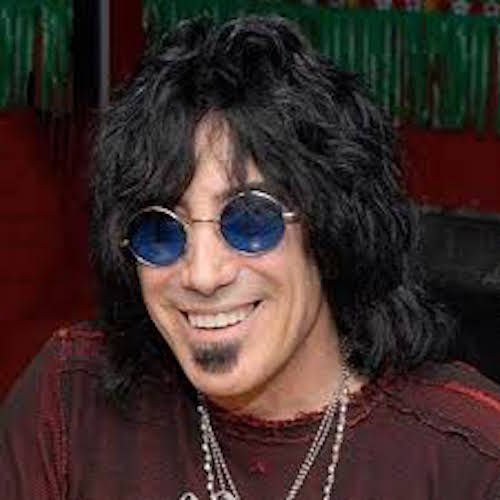 Frank DiMino has confirmed that plans have begun to reunite his former group Angel for a handful of farewell concerts. The singer, whose new single and video Never Again both feature Angel band-mate and guitarist Punky Meadows, broke the news on July 31st via his Facebook page with the declaration, “Special Announcement Coming Soon. Hint: It’s ‘Angel related’.”

“All of this this so secretive, even I don’t know what it is,” Frank guffaws nervously when talking to Classic Rock from his home in Las Vegas, Nevada, so we inform the singer that a couple of months ago Punky had told us, “We couldn’t go on tour and be Angel again, that’s in the past. But doing two final shows to cap it all off, that’s something I’d never say never about.”

“I’m in full agreement with that,” DiMino affirms. “We’re not taking Angel back on the road again; it would be quite an undertaking to do just one, two three shows with the full stage show. So, should that happen then it’ll be in one place. That would be in America, but if it was financially viable we’d also like to play in Europe as we missed out you guys first time around – maybe at a festival. We haven’t debated the logistics of it all but everyone is interested and [plans are] in the works.”

The stars are aligned, it seems. And it all began back in May when DiMino and the rest of Angel – Meadows, keyboardist Gregg Guiffria, bassist Felix Robinson and drummer Barry Brandt – accepted an award at the Vegas Rocks! Hair Metal Awards – the first time in 35 years that the surviving members of Angel were onstage together (original bass player Mickie Jones died in 2009).

“Gregg [Giuffria] had intended to play on my solo record but couldn’t make it happen timing-wise,” reveals DiMino. “Though the five of us stayed friends, it was surreal to be back in a room after all these years. It didn’t take long to return to our roles, for the personalities to mesh again.”

…“For Punky it’s a whole new start but things are slightly different for me because I’ve kept my hand in by singing here, there and everywhere,” Frank laughs. “I’m already writing some new stuff with Paul Crook [Meat Loaf/Anthrax, producer of the debut] for a second solo record. I’m just getting moving on that.”

DiMino and Meadows remained buddies since Angel’s breakup in 1981. Due to scheduling issues the video for Never Again was filmed in Vegas, while the director visited North Carolina to shoot Punky separately. “You can’t tell the difference,” Frank believes, “Paul [Gervasi] did a really nice job.”

Meanwhile, the DiMino band are set to make their live debut at the Whisky A Go-Go in Hollywood on October 21, playing solo songs and tunes from the Angel catalogue.

On a related note, check out Eddie’s podcast with all five members of Angel reunited on ITunes or podcastone.com.