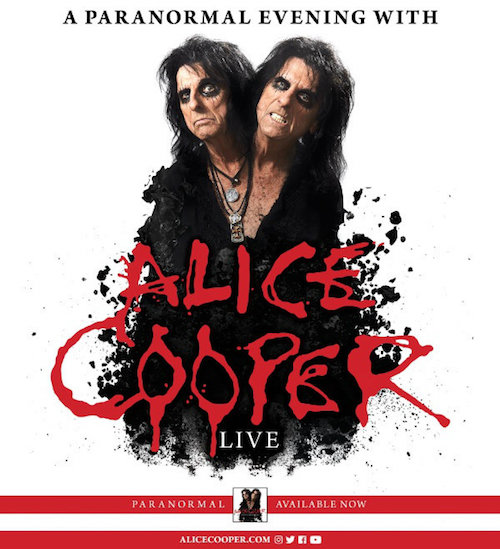 Alice Cooper has announced his early 2018 tour plans. The legendary rocker will hit the road for a North American trek, dubbed A Paranormal Evening With Alice Cooper. The tour kicks off on March 1st in Windsor, Ontario, Canada, and runs through March 29th in Indianapolis.