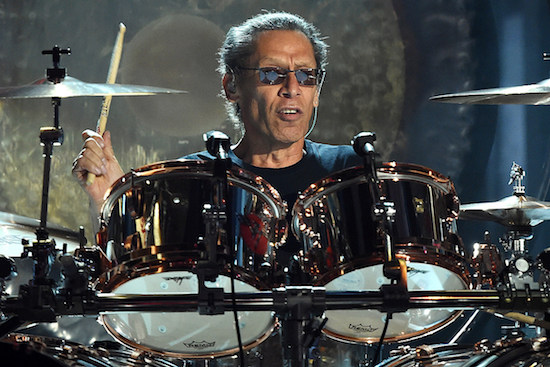 Speaking with Modern Drummer, newly published, but conducted before the death of his brother Eddie, Alex was asked how important it was to have a producer in the studio.

“Part of it was the conflict between the band and Dave,” he said. “One of the things that made everything work was that we came from opposite ends of the spectrum. Dave was vaudeville. … Ed and I were coming from Cream, Led Zeppelin, Black Sabbath. So having that strange chemistry is what made it work, oddly enough. But you do need a mediator. Otherwise we would never have gotten anything done.”

He added, “If Dave came in with a song, I would respect how they heard it. And then it’s the old trick, ‘Keep your friends close and your enemies closer!’ And that means, ‘Okay, I’ll listen to you, but then I’m gonna make it mine. And by the end of the process it will sound nothing like what you hummed me.’”

Van Halen also noted that Hagar “has a great rhythmic sense and of course that voice. Dave was much more of a poet. Dave is creative – 90 percent of it is garbage, but that 10 percent is fucking worth it.” He said sometimes thought, “What planet did you come from?” when it came to Roth, but the drummer also pointed out that “we grew up together.”