On the third date (July 16th) of this summer’s Let Rock Rule North American summer tour, Aerosmith fans saw a special collaboration between the band and good friend Johnny Depp. The performance–at the Xfinity Center in the band’s Boston hometown–featured a guest spot from Depp on the band’s Train Kept a-Rollin. Depp last performed the song with the band at their August 2012 sold-out Hollywood Bowl show in Los Angeles. 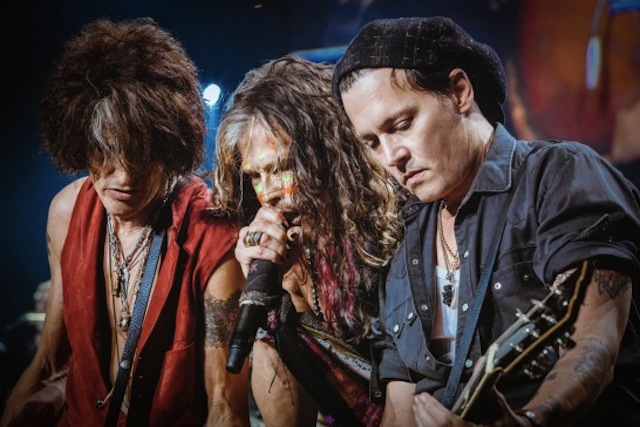