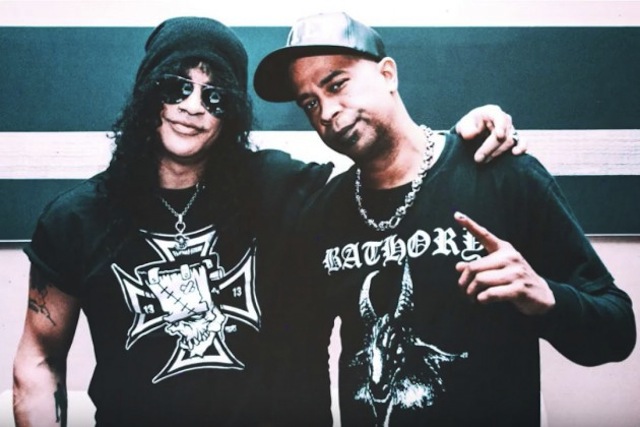 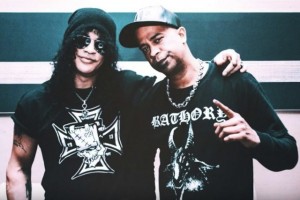 The recent news that former Guns N’ Roses bandmates Slash and Axl Rose have mended fences has sparked a new round of reunion rumors — and Slash’s brother, artist and photographer Ash Hudson, is tired of hearing about them.

Hudson vented his frustrations in a Facebook post captured by Ultimate Guitar, writing, “You obsessed fans of Guns N’ Roses. F— a reunion. If you love Guns, enjoy what they made and move on.”

Comparing the constant calls for a reunion to someone wishing they could go back in time and meet “the guys who invented the door in my apartment” in hopes they would “get back together and invent a new door,” Hudson wondered, “What’s wrong with the door you have? It still works. You still use it. And you f—ing fanclub page host [sic] need to get your own life to spend all your time figuring out what Slash is doing first.”

Dismissing the decades of reunion speculation as “so dumb,” Hudson continued, “Not sure if I’m making myself clear. But grow up. Get a life. If I get one more f—er asking me will Guns do a reunion tour, I’m blocking them. Axl is a fat bastard and the reunion would only be a disappointment and an action that would result in criticism. Just sayin’.”

Rose’s weight aside, Hudson concluded by again pointing out that the classic Guns lineup couldn’t possibly live up to years of expectations, citing other examples of artists who’ve continued past their youthful prime — and tossing in a little ad for his brother’s latest release. “They were the best of all time,” he said of GNR. “Nowhere to go from there. They captured lightning in a bottle. Nothing left to prove. It’s done. Are the Stones the Stones you grew to love in the ’70s? F— No! Now a circus act. You loved Axl when he was beautiful now he’s Fat Elvis. So move on people. Buy Slash’s [World on Fire] album.”

A day after this story was released, Slash’s brother, Ash Hudson, apologized for remarks he made about Axl Rose, posting on his Facebook:

“I apologize to Axl and his legions of fans who were offended by my post of yesterday. I am sorry I shot my mouth off. I know, or should know, better than to get involved in GN’R business. It has come to me attention that Axl is on a strict diet and losing weight. Unfortunately, my post was very offensive and upsetting to my brother, for which I apologize. To the rest of the world, I had one of these days when people kept asking me about a possible reunion and I had had enough… Again, my apologies.”

Both the apology and the original offending status update have since been deleted from Ash Hudson’s Facebook timeline.