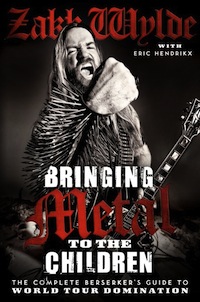 The tour, which begins on April 21st and ends May 1st, ties in with the paperback release of Bringing Metal to the Children: The Complete Berzerker’s Guide to World Tour Domination on April 9th.

Tickets go on sale this weekend.

A promo video for the book appears below.