WHY DID QUEEN FRONTMAN FREDDIE MERCURY DECIDE NOT TO FIX HIS TEETH? 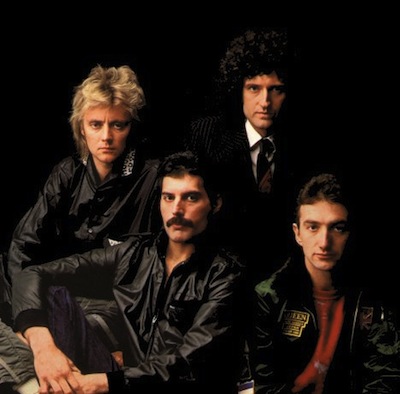 In the new biopic Bohemian Rhapsody, Freddie Mercury approaches Brian May and Roger Taylor after their band Smile have just split up, and tells them he wants to be their new singer. Their reply – “Not with those teeth, mate” – clearly hurts the future Queen icon.

But he quickly regroups and bounces back with the explanation, “I was born with four additional incisors. More space in my mouth means more range.” After giving them a singing demonstration, Mercury lands the role that will make him famous.

In real life, Mercury is frequently said to have been embarrassed about his large overbite. “[O]n screen he always covered his teeth with his top lip or raised his hand to cover them,” said his close friend and personal assistant, Peter Freestone. “He was self-conscious about them. At home, he didn’t have to care.”

With a net worth of $60 million on his death in 1991, aged 45, Mercury could easily have paid to address what’s known as an anterior overjet or a class II malocclusion, which he probably inherited from his mother. Caused by four extra teeth at the back of his mouth pushing the front ones forward, he could have suffered health issues as a result of the teeth damaging his mouth, and he could also have had to deal with eating difficulties.

So why didn’t he get them fixed? It seems he really believed in the “more range” claim. “We all know that Freddie Mercury had very strange teeth,” said Rudi Dolezal, an Austrian TV icon who made documentaries about the star. “[W]e would all ask ourselves, ‘A guy who was that rich, why didn’t he change his teeth?’ He was very afraid that if he changed his teeth that his particular sound of [his voice] would go away. So he was more concerned with his voice than his looks, and I think that says a lot about the man.”

During his lifetime, it was claimed that Mercury had an unusual four-octave vocal range; and although that argument seems to have been debunked, it’s thought that he certainly had an usual singing technique which led to his unmistakeable style of delivery.

Opinion is divided on the subject of whether he was right to avoid surgery. “Anatomy in general can affect the sound of one’s voice,” teaching singer Ms. Chick wrote in a Yahoo Answer. “Some people who have big overbites or buckteeth often have issues with the shape of the vowels, and even projection of sound. They try to overcompensate… Other than that, the soft palate, the tongue, all those things inside of the mouth other than the teeth attribute more to singing. Teeth doesn’t do that much unless there is something dramatically different about the teeth.”

The Indianapolis dentistry offered a different approach in a discussion about braces. “The question you want to ask is, ‘What will my voice sound like when my teeth are in their new permanent position?’ … the result is always a positive outcome. With a wider arch, broader palate, and straighter teeth you will be singing with a fuller tone and better timbre.”

We’ll never know the full extent to which Mercury suffered with his self-consciousness. A man of admitted personality challenges, it almost certainly contributed to who he was. But faced with no clear direction on whether treatment would negatively affect his voice – his main musical instrument – it’s easy to understand his decision to leave well alone. Plus, of course, the image of Mercury and his prominent teeth became a trademark; so much so that actor Rami Malek had the set he used in Bohemian Rhapsody plated in gold to be kept as a memento.