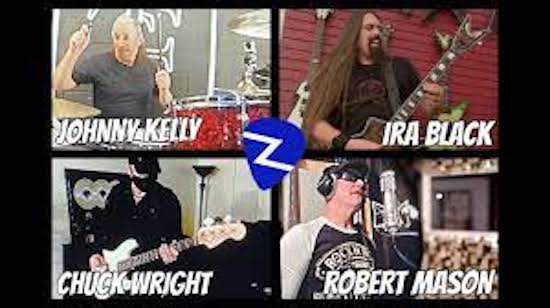 The quartet filmed the video as part of the David Z Foundation All-Star Fundraiser, which took place last March. [Dana’s note: However, I only became aware of this video now].

The David Z Foundation is a 501(c)3 non-profit organization created in memory of David Zablidowsky, bass player for Trans-Siberian Orchestra and Adrenaline Mob. The foundation is dedicated to transforming lives through the magic of music.

JUDAS PRIEST FRONTMAN ROB HALFORD DISCUSSES THE BAND’S FORTHCOMING ROCK HALL INDUCTION, PLAYING WITH FORMER MEMBERS AND WHOM HE THINKS SHOULD BE ACKNOWLEDGED ›