David Coverdale got it absolutely spot-on when he called Whitesnake’s seventh album Whitesnake because it was indeed a definitive achievement – released in 1987 after almost everything that could go wrong had gone wrong.

Work on the follow-up to 1984’s Slide It In had begun the following year with the band’s eighth lineup since its formation in 1978. Coverdale, who’d endured fractious interactions with most of his previous colleagues, had established a close working relationship with Thin Lizzy guitarist John Sykes. Together with bassist Neil Murray and drummer Aynsley Dunbar, they began laying down tracks in Vancouver … which is where the project began to go off the rails.

“I got a dreadful sinus infection – which was not drug-related – and it cost me all my vocal ability, If there’s supposed to be any there,” Coverdale told Headbangers Ball. “I had to go in for surgery, and I said to the members of the group that there was no guarantee I’d get my voice back. I suggested that they find another band.”

He later recounted how he’d realized there was a problem as he tried to record Is This Love, “I sang the song from beginning to end, out of tune, and I couldn’t tell. At the end of it, I was dripping with sweat, and it’s not an exhausting song to perform.” He was given 50-50 odds of being able to sing again after doctors described his infection as the worst they’d ever seen. A course of antibiotics had appeared to resolve it, until a week after he’d gone back to work, when the problem had returned.

Coverdale was sidelined for eight months, during which time he became “mortified” at Sykes’ alleged attempts to wrest the project from the singer’s control. “I received no support from Sykes at that time,” he told In the Studio With Redbeard. “He did everything he could to take advantage of me being compromised.” In the meantime, the singer “tried to come to terms with the idea I could still write, I could still produce, but someone else would be singing my songs.”

By the time he felt ready to try again, he was “the only snake in residence,” left with the instrumental material that had already been laid down. He admitted his first studio session had him “indescribably nervous.” New producer Keith Olsen asked him to sing Still of the Night, claiming that it wouldn’t be recorded. “I almost vomited,” Coverdale recalled. “I sang the song twice, fingers crossed – and that’s what’s on the record.”

While the album was back on track, Whitesnake were, by that time, $3 million in debt; and Coverdale didn’t even know if there was a place for his band on the world stage, since groups like Bon Jovi and Europe had taken over the charts since his last release. Worse, he didn’t even have a band to place on that world stage.

“I’d written out the names of Adrian Vandenberg, Vivian Campbell, Rudy Sarzo and Tommy Aldridge,” he said later. “If I was getting a band together, these were the people I thought would be good – Viv to recreate the American guitar hero, Adrian to play more traditional guitar and Rudy and Tommy, who we’d approached to be the rhythm section on the album.”

Some of those men contributed finishing touches to Whitesnake, but Coverdale remained cautious and would only describe them as “on call” during the LP’s release. He referred to them as “The Vid Kids” when they appeared in the videos for the songs Still of the Night, Here I Go Again and Is This Love – promos, recorded over a fortnight, which also featured ‘80s actress and entertainer Tawny Kitaen. She was dating the singer at the time, and later, briefly, became his wife.

Whitesnake was released on April 7th, 1987, and renamed 1987 in Europe and Australia, and Serpens Albus in Japan. Even though it stalled at the number two spot on the U.S. Billboard 200, it stayed there for months, notching up five million sales while other albums came and went. Current total sales are more than 15 million.

Those figures were powered in no small way by the three hit singles, including the number one revamped version of Here I Go Again, which had originally appeared on 1982 LP Saints & SInners. Revisiting a five-year-old song – alongside Crying in the Rain, also from Saints & Sinners – might suggest a level of introspective reflection on the leader’s part. He seemed to agree when he told Redbeard that those songs had been “documenting professional dissatisfaction and private sadness.”

A reasonable way to be feeling if you suspect your performing career may be over in the lead-up to the release of what might be your final record. But it wasn’t. Whitesnake defined post-blues Coverdale and every lineup of the band that followed.
It wasn’t all good news, though. Admitting he’d “got tired of seeing myself on MTV,” Coverdale said “the only downside was it was the only time I’d embraced a fashion presentation, as opposed to being stylized in what I do. I think that disappointed a lot of my hardcore people – the Americanization of Whitesnake.”

It almost certainly did; but it managed to please many more other people. 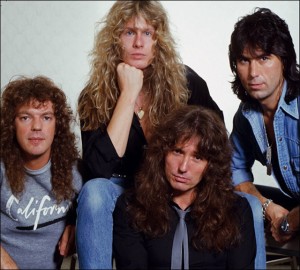 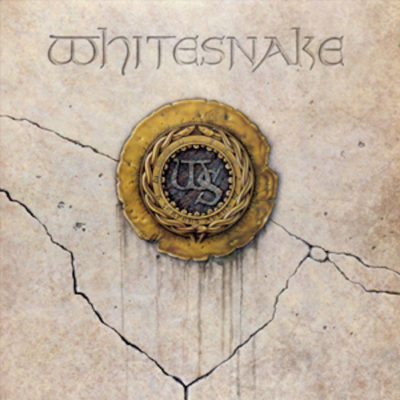