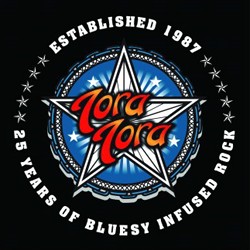 Tora Tora is releasing an extremely limited and rare ‘Super Fan Package’ in honor of their 25th Anniversary together as a band. The band has decided to offer up only 100 total packages ever at www.fnarecords.net, making this one of the most limited hard rock fan packages on the market.

The Tora Tora 25th Anniversary fan package will include the following items:

(1) Tora Tora – To Rock To Roll CD (true to the original indie cassette that was released 25 years ago in a limited run of 500 cassettes),

Additionally, each of the lucky 100 fans to buy this ‘Super Fan Package’ will also be entered into a contest to win an autographed guitar signed by the entire band.

Just over 25 years ago, hard-working, blue collar hard rock band Tora Tora were on a high after winning a ‘Battle of the Bands’ contest giving them the opportunity to record and release their very own independent album. The end result was an album entitled To Rock To Roll. While the look of the indie cassette was very amateurish, the music was undeniably representative of a band that had what it would take to run with the ‘big dogs’… and the major labels did come calling. This led to the band being signed by A&M Records and the release of a very-well respected album entitled Surprise Attack, which in turn led to MTV Music videos, tons of radio airplay, and national tours. The band received praise from the fans and press alike allowing them to come off the road and head right back into the studio to record their sophomore effort, Wild America, which led to even more music videos and touring. It was 1993, and Tora Tora was a band with momentum set forth to start recordings for what would be a third effort entitled Revolution Day. However, unbeknownst to most hard rock enthusiasts, a new scene called Grunge was brewing and the bottom of the hard rock world fell out from underneath countless bands of the same ilk. Revolution Day would never see the light of day until almost two decades later when FnA Records teamed up with Tora Tora to release a handful of never-before-heard Tora Tora recordings.

This ‘Super Fan Pack’ harkens back to the album that got the whole thing started. Tora Tora has graciously allowed for 100, and only 100, exact replicas of the To Rock To Roll album to be produced, and have vowed that they will never remanufacture the album again. The artwork is true in every way to that of the indie cassette release which featured original versions of the songs Phantom Rider and Love’s A Bitch. This limited edition CD also contains three other tracks from the To Rock To Roll album: Wasted Love, To Rock To Roll, and Time On The Edge. Each of the hundred CD’s are autographed by all of the original members (Anthony Corder, Keith Douglas, Patrick Francis, and John Patterson) and individually numbered through an imprinted hologram security sticker that guarantees its authenticity. All the other items are available only as part of this package and are not being sold individually.

Although this package is extremely limited and will sell out quickly, fear not as the music from To Rock To Roll is also available on the 2010 FnA Records release Before & After. Also included on Before & After is an original recording of the popular hit Walkin’ Shoes and four demos written for the Revolution Day sessions. If you haven’t had the opportunity, be sure to pick up the other Tora Tora releases on FnA Records — in addition to Before & After, is the album Bombs Away (which features 11 tracks written during the Surprise Attack sessions) and Miss B’ Havin (which features 13 tracks written during the Wild America sessions), and the heavily sought after third recording Revolution Day featuring memorable tracks like Mississippi Voodoo Child, Candle And The Stone, Rescue Me, and a handful of other true-to-form Tora Tora classic sounding album tracks.

Tora Tora is truly one of those bands that has stood the test of time. They have managed to do what most of their fellow bands have not been able to do, and that is keep all the original members together (and on friendly terms) for over two-and-a-half decades. The band still gets out and does the occasional live performance — in fact this year, the band is looking at playing a few gigs in the U.S. and in Canada. Make sure to stay tuned for what this band has on the horizon.

Watch the video for their hit song  Walkin’ Shoes below: 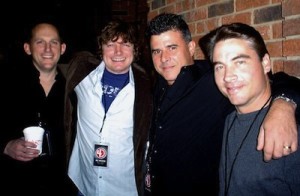