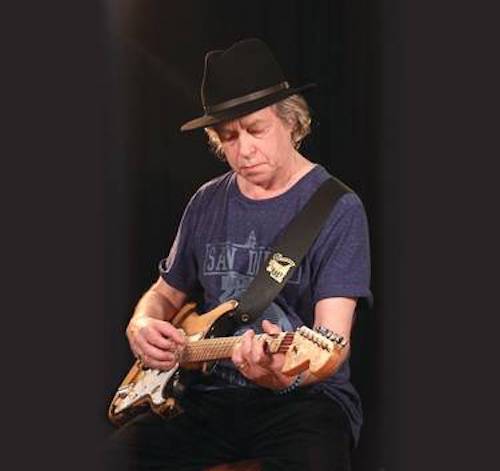 Guitarist and co-founding member of Thin Lizzy Eric Bell has lashed out at Metallica, calling them “a pack of bastards,” claiming they didn’t pay him for a show.

The outburst came in an interview with Bell in the The Irish Sun, with the guitarist saying he was expecting to make £2000 after he was invited to play Whiskey In The Jar with the thrash giants at a show in Dublin in 1999.

“I was quietly expecting about two grand, which wouldn’t have meant a thing to them. But I got handed over a big ball of Metallica t-shirts, key rings and hats. I got paid fuck all. Then they all f–ked off.”

Bell says he only realized he had received no money on the journey home and adds, “I thought I’d get something in the post but not a dickie bird.”

The guitarist says one of his reps tried to contact Metallica at a later date, but had no success.

Bell goes on to claim that he was approached by one of Metallica’s crew after the show at Dublin’s Point Theatre, now the 3Arena, and was asked to sign a sheet of paper which he did – although he doesn’t know if that was to waive his fee for the performance.

Bell says, “I hadn’t got my glasses and, looking back, should never have signed it, but for some reason, I did sign. Then, one of the sergeant major roadies appeared and shouted, ‘OK, everybody, we’ll be leaving in 20 minutes.’”

Bell played on Thin Lizzy’s first three albums: Thin Lizzy, Shades Of A Blue Orphanage and Vagabonds Of The Western World and on the track Whiskey In The Jar, but left the band at the end of 1973.

‹ JUDAS PRIEST GUITARIST K.K DOWNING REMINISCES ABOUT THE 80’S, BANDS BEOMING MORE GLAM, AND HOW “TURBO” WASN’T AS SUCCESSFUL AS THEY HOPED IT WOULD BE