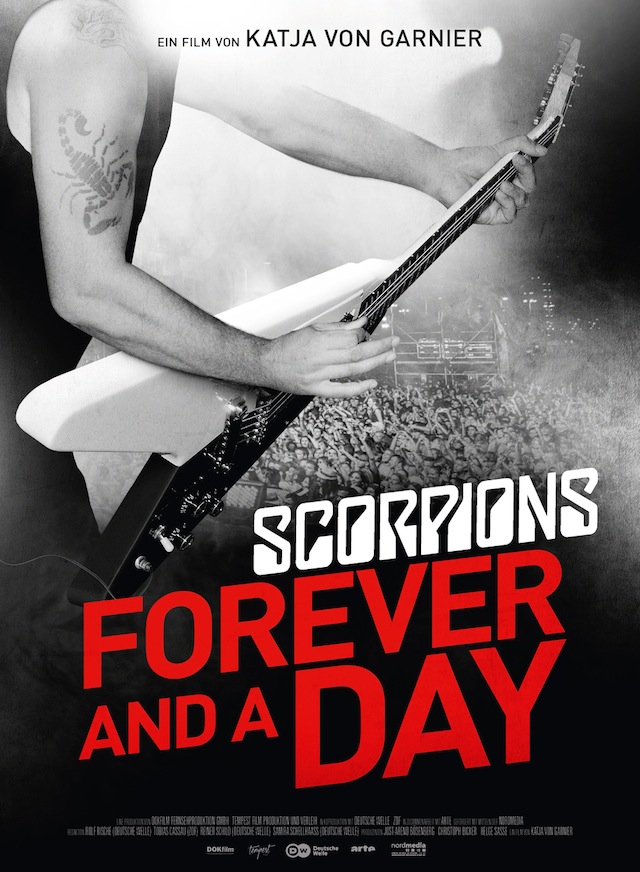 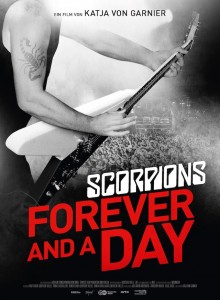 International rock superstars, Scorpions, continue to celebrate their 50th year in metal with a special one-night national screening event of their first theatrical release, the documentary film, Forever And A Day, Wednesday, October 14th. Watch a trailer below.

Presented by SpectiCast and Tempest Films, Forever And A Day captures the history of one of the most influential bands in music history – following them for 18 months with an insightful look into the dynamic that has kept them at the top of the metal community. Filmmaker Katja von Garnier accompanied the Scorpions on their Final Sting dates – originally the band’s farewell tour around the globe, from Bangkok via Los Angeles to Moscow, the resulting documentary Forever and a Day is a moving portrait of their unique history, packed with candid moments and Scorpions’ memories, culminating with the decision to scrap their retirement plans. Klaus Meine adds, “I think it’ll be a really special film for our fans.”

For more information on locations and tickets, please go to the-scorpions.com/foreverandaday/.

The title, Forever And A Day, outlines the philosophy Scorpions have internalized since their early days. In the Eighties of the past century, they wrapped it up in the slogan “Don‘t Stop At The Top” (allegorical: Never rest on your laurels). They simply are travelers, who always seek new challenges, overcoming all obstacles along the way.

Scorpions Return to Forever 50th Anniversary Tour, featuring longtime members Klaus Meine, Rudolf Schenker and Matthias Jabs, alongside James Kottak (drums) and Paweł Mąciwoda (bass), kicked off in May 2015 with dates on four continents. For these milestone shows Scorpions have built a career-spanning setlist of their hits, anthems, ballads and vintage classics. In September 2015, Scorpions released their 19th studio album, Return To Forever, and embarked on the first leg of their North American tour featuring special guests Queensryche.

Remaining dates of the first leg of their North American tour: