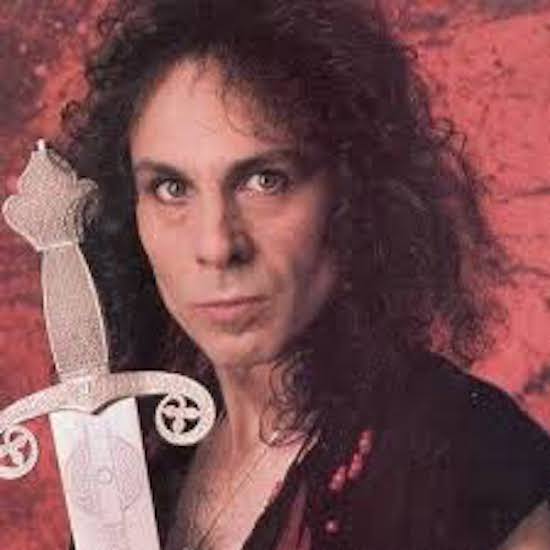 The producers of the upcoming career-spanning documentary on the life and times of Ronnie James Dio looking for your personal photos with the legendary heavy metal singer to include in the film.

The producers say in a statement, “While Ronnie’s music changed many of our lives, he was forever grateful to the fans who helped him achieve his dreams. We think the best way to honor that special bond is to include your photos with the man himself. Dig into those old boxes because we are looking for photos from all decades.”

Upload your photo at diodocumentary.com.

The documentary is the first about Dio to be fully authorized by the artist’s estate. BMG is both financier and executive producer of the film.

According to blabbermouth.net, last October, Wendy Dio, widow and longtime manager of Ronnie James Dio, told the WSOU radio station about the film “We started working with BMG on that, with these directors that have done quite a lot of things. And I’m quite happy with them. Of course, everything’s on pause now right now [because of the coronavirus pandemic]. But it will go from Ronnie’s childhood all the way through [to the end of his life]. I think they interviewed Jack Black, and I think they interviewed all of Ronnie’s bandmembers and Doug Aldrich and, I think, Jeff Pilson. They were getting ready to go to Arizona to interview Rob Halfordand Lita Ford. And then they were going into England to interview Tony Iommi. They already did Geezer [Butler]. So there will be very interesting stories from different people. I found loads of Super 8 old movies and things, so it will be very, very interesting… I think it’ll be a great thing, and it’ll show people a lot of things that people have never seen before.”

Asked how BMG is planning to roll out the documentary, Wendy said, “Well, we were hoping to take it to [the] Sundance [festival] as a movie. So we are waiting, because, obviously, everything’s on hold right now. So we were hoping it would come out early ’21. I think it will come out in ’21, but I’m not sure exactly when now because of the hold-up. It depends on when they can go back to work. They’re sorting through photographs at the moment. I’m still sending them lots of different things for them to sort through. But I think it’ll be really a good documentary.”