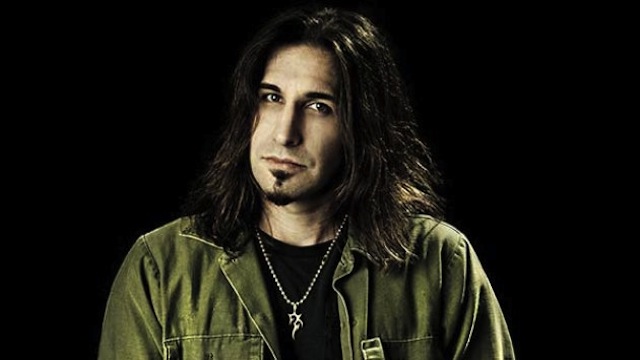 Drummer Brian Tichy has posted the following message on his Facebook page:

We here at Tish Tone Records are proud to announce the release of this powerful, heartfelt celebration CD. Blessed by the Rhoads family and including a track by Randy’s brother Kelle Rhoads, the final tracks are being laid as we speak and then it gets mixed and mastered and ready for the mass consumption by all the “Rhoadies” around the globe as well as fans of all the amazing players that have put their time, passion and talent into these recordings!

The story behind the CD:

When Brian Tichy and Joe Sutton moved forward with the idea of a putting on a show celebrating the life of their idol, guitar legend Randy Rhoads, they knew it could be something special. Well, it was that and more! The first Randy Rhoads Remembered (RRR) show debuted at The Observatory in Santa Ana, CA on January 25th, 2014. The sold out show received rave reviews and took on a life of its own. It formed a brotherhood of musicians all coming together in the purest form possible to celebrate the life and music of a guitarist/songwriter who, on March 19th, 1982, at 25 years old, was sadly taken from us far too young. Randy Rhoads’ influence was nothing short of massive and worldwide. It was not hard to find musicians that were beyond thrilled to get involved in a unique show such as this!

While rehearsing for RRR, Tichy noticed not only how much fun everyone was having, but how passionate and excited they all were to be part of this. After all was said and done, Tichy wanted to say thanks to those who put their time into the show and skillfully performing their chosen song! Tichy decided to get as many players as possible to record versions of Randy’s songs and put them all together on one CD. This was another great way for all involved to thank Randy Rhoads for his inspiration.

This was not an easy feat, what with 22 players all involved in their own bands, tours and projects, living in various parts of the globe. With much tenacity, coupled with a general excitement in seeing this idea come to fruition, Randy Rhoads Remembered Vol. I is here!

Brian Tichy said, “RRR Vol. I is a great representation of the spirit of the RRR shows. The first show was so successful that 5 more were held in June, 2014 on the East Coast with another amazing cast of players! RRR Vol. I is also a true representation of the spirit of the musicians who gave their time. There are no rules when recording these songs other than…”make it sound great!” The songs are recorded as organically as possible. The drum sounds are real. There are no click tracks. There is no copy/pasting. It’s just real players playing their instruments! Guitars are plugged into amps and cranked up with a microphone in front of them! Singers are NOT auto-tuned! In the spirit of how Blizzard of Ozz and Diary of a Madman were recorded, Randy Rhoads Remembered Vol. I’ was approached the same!”

Due to the sad state of the music business, as well as a strong desire NOT to conform to what a major record label’s idea of what this type of album should be (all because they have put funds into the project), Tish Tone Records was created to bypass said labels and get the music straight to the fans, straight from the source! The fans of Randy Rhoads. The fans of the music Randy Rhoads created with Ozzy Osbourne, Bob Daisley, Lee Kerslake and Don Airey. The fans of all the amazing players on this record.

With that said, there is the cost issue of making this record, from the recording of the first track all the way to the final mastered CDs. Tish Tone Records’ concept is “strength in numbers.” RRR Vol. I will be promoted and gain attention via the millions of fans worldwide. RRR VOL. I will be released at the next RRR show at the Observatory in Santa Ana, CA on Friday, January 23rd, 2015. That night will be another historic event as many of the past artists along with new players all come together and give it up for Randy Rhoads/ (Tickets to RRR are at californiamusicfest.com.)

The exciting news for hardcore “Rhoadies” is that TTR is making this CD available right now as a pre-order. If shipped to the US, customers will receive RRR Vol. I days before its release at the Jan. 23rd RRR show.

Check out these awesome specials offered with this pre-order:

+ The first 100 CDs include a rare, true collector’s item; an historic RRR guitar pick from the very first RRR show.
+ In addition, show creator and RRR VOL. I producer Brian Tichy will sign the first 100 CDs.
+ One lucky winner of the first 200 pre-orders will receive a one hour drum lesson, guitar lesson, or general Q&A via Skype.
+ All pre-orders received by 11:59 pm PST on December 26th, will be eligible to win a vintage RRR dog tag necklace from the first show on 1.25.14 which includes all performers names on one side and Randy’s iconic image on the front! (value: $50).

Steal Away the Night:

Iron Children (Randy’s version of Iron Man and Children of the Grave):

Diary of a Madman:

Dee (all guitarists together)

*Winding Rhoads (an original song with words and music written by Brian Tichy featuring Phil Soussan on bass and all RRR Vol. I guitar gods sharing the spotlight for a guitar blitz finale unlike any other you’ve ever heard since Freebird.)

What are you waiting for!!?? Nothing! Go To californiamusicfest.com to Pre-order today.

But you can watch some of the making of RRR Vol. I in these goofy clips as we do like to have fun whilst recording.