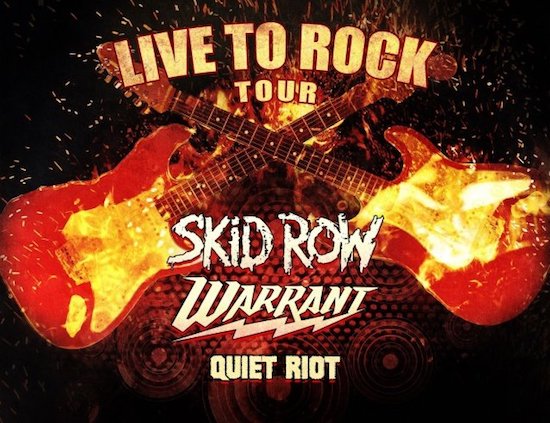 Skid Row and Warrant will team up for the Live To Rock spring/summer tour. It is scheduled to begin on April 30th in Ashland, Kentucky and conclude on September 15th in Lynn, Massachusetts. Support on select shows will come from Quiet Riot, Winger and Lita Ford.

In more Skid Row news, guitarist Dave “Snake” Sabo confirmed to The Music Universe that his band’s new album will arrive on September 16th. The group recorded the LP in Nashville, Tennessee with a single preceding it in late March.

Additionally, the band will replace Queensrÿche as the support act on the rescheduled dates for Scorpions‘ Sin City Nights Las Vegas residency. The run of shows, which was originally scheduled to take place in July 2020 and was later pushed back to May 2021, will now happen in March-April at Zappos Theater at Planet Hollywood Resort & Casino.

‹ “LOUDER THAN LIFE” FESTIVAL ANNOUNCES ITS 2022 LINE UP INCLUDING KISS, ALICE COOPER, ROB ZOMBIE, ALICE IN CHAINS AND MANY MOREE, PASSES ON SALE NOW